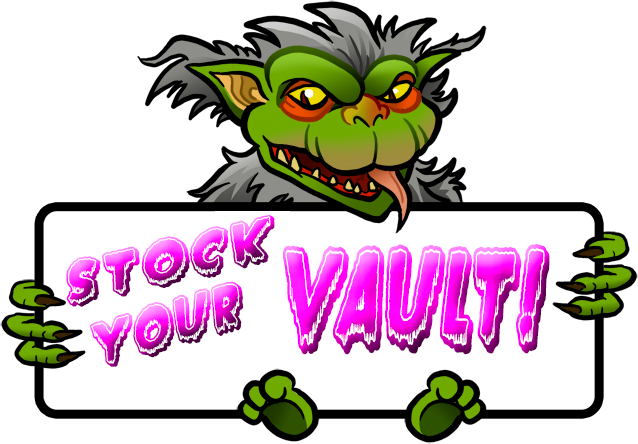 Greetings fellow collectors of physical media, and welcome to another catch-up post for our always popular Stock Your Vault column! Last week had a rather eclectic mix of new titles ranging from classic 80s revenge flicks, modern slasher favorites, classic spaghetti westerns, and a slew of indie oddities - there truly is something for everyone!

Kino Lorber Studio Classics released the remainder of the "Man With No Name Trilogy" to 4K with their beautiful releases of A FISTFUL OF DOLLARS and FOR A FEW DOLLARS MORE, while Sony Pictures celebrated the debut of season three of THE BOYS with a Blu-ray set of the previous two seasons!

Universal teamed with Scream Factory to bring HAPPY DEATH DAY and HAPPY DEATH DAY 2U to 4K UHD, and a bunch of Vinegar Syndrome partner labels just released new discs including BURGLAR FROM HELL and LOVE AND SAUCERS! Speaking of Vinegar Syndrome, they killed it last week with their Blu of ALIEN PRIVATE EYE plus their new 4K releases of FLESHEATER and (more importantly), Michael Winner's DEATH WISH 2! Along with a newly restored version of the film in glorious 4K, there's and alternate HD TV version, audio commentary, and a bunch of cast & crew interviews!

Moving on to this week, there's not much out on 4K aside from some genuine cinematic classics (e.g. LAWRENCE OF ARABIA) but there's a good selection of cult titles out on Blu-ray! Synapse Films is the latest company to bring THE LIVING DEAD AT MANCHESTER MORGUE back into print, and Ronin Flix dropped four new titles including CLIFFORD (featuring Charles Grodin and Martin Short), THE HEAVENLY KID, THE KILLER ELITE, and the classic Charles Bronson vehicle, THE MECHANIC!

Paramount gave GREASE 2 a new 40th anniversary steelbook release, the recent Viking epic THE NORTHMAN is now available on all formats, courtesy of Universal, and Kino Lorber Studio Classics wins out this week with their latest FILM NOIR: THE DARK SIDE OF CINEMA boxed set, as well as the Blu-ray debuts of SAVAGE SISTERS, and (most importantly to some) STUNT ROCK! This region free disc features an audio commentary and multiple cast  & crew interviews, plus select songs from the film's rockin' soundtrack (some of which was done by the Sorcery, a band that all you ROCKTOBER BLOOD fans should be familiar with)!

There are plenty of other titles I haven't mentioned, so be sure to scroll down to see all the new stuff that's been released over the past few weeks Vault Dwellers!

Posted by The Vault Master at 9:49 PM