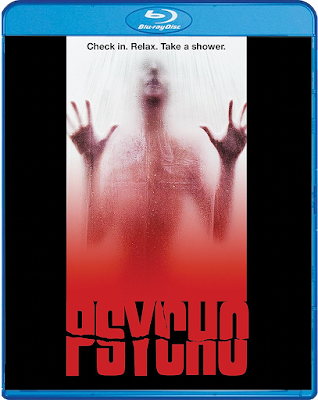 It's been so very long since I've seen the original PSYCHO or its sequels, and never once have I laid eyes upon Gus Van Sant's remake. However, being the completionist that I am, I'll probably pick this disc up one day and finally watch this "shot-for-shot" redo to make some comparisons.

Synopsis: Criminal on the run, Marion Crane (Anne Heche) takes refuge at the motel operated by Norman Bates (Vince Vaughn) – a troubled man whose victims encounter a grisly fate at the hands of his "mother." Marion soon becomes the next victim and her disappearance prompts inquiries from her sister (Julianne Moore) and a private investigator (William H. Macy). They both soon discover the morbid bond linking Norman to his mysterious "mother" at the Bates Motel. Relive the terror in acclaimed director Gus Van Sant's all-new version of Alfred Hitchcock's masterpiece of suspense... PSYCHO.

Extras:
PSYCHO (1998) is currently available wherever discs are sold, including AMAZON, BULLMOOSE, and SHOUT! FACTORY!