Shout! Factory to enchant U.S. audiences with Christoph Gans' BEAUTY AND THE BEAST! 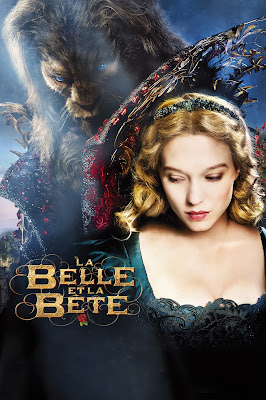 Honestly this isn't really my cup of tea, but news is news right? Plus I really dug Gans' BROTHERHOOD OF THE WOLF, so I'm willing to give this a chance. Here's some info on 2014's BEAUTY AND THE BEAST, which was just acquired by Shout! Factory for North American distribution. Theatrical, VOD, DVD, & Blu-ray release dates have yet to be announced.

Film Synopsis: The year is 1810. After the wreck of his ships, a financially-ruined merchant (André Dussollier) exiles himself in the countryside with his six children. Among them is Belle (Léa Seydoux), his youngest daughter, a joyful girl full of grace.

One day, during an arduous journey, the merchant stumbles across the magical domain of the Beast (Vincent Cassel), who sentences him to death for stealing a rose.

Feeling responsible for the terrible fate which has befallen her family, Belle decides to sacrifice herself and take her father’s place. At the Beast’s castle, it is not death that awaits Belle, but a strange life in which fantastical moments mingle with gaiety and melancholy. Every night, at dinner, Belle and the Beast sit down together.

They learn about each other, taming one another like two strangers who are total opposites. When she has to repulse his amorous advances, Belle tries to pierce the mysteries of the Beast and his domain. And when night falls, the Beast’s past is revealed to her bit by bit in her dreams. It is a tragic story, which tells her that this solitary and fearsome being was once a majestic prince.

Armed with her courage, ignoring every danger, and opening her heart, Belle manages to release the Beast from his curse. And in doing so, she discovers true love.

Produced by Eskwad and Pathé, BEAUTY AND THE BEAST (LA BELLE ET LA BÊTE) premiered at Berlin International Film Festival to great audience enthusiasm and is already a box-office success in much of the world. The announcement was made today by Shout! Factory’s founders Richard Foos, Bob Emmer and Garson Foos; and Muriel Sauzay, EVP of Pathé International.

Shout! Factory has secured all U.S. distribution rights to BEAUTY AND THE BEAST (LA BELLE ET LA BÊTE), including theatrical, video on-demand, digital, broadcast and home entertainment for cross-platform releases. Shout! Factory plans a strategic rollout of this movie in theaters, across all major entertainment platforms and in all packaged media (Blu-ray/DVD).

While I await further details on this film's U.S. release, give the trailer a watch to see what all the hooplah is about.