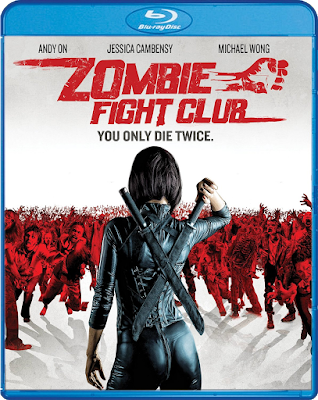 I haven't heard of this Taiwanese zombie flick until now, but it sounds like it could be a good time. Lord knows the genre is pretty worn out at this point, so hopefully this movie will bring something new to the table. Guess we'll find out next month!

Film Synopsis: In a corner of the city, in a building riddled with crime... there is an outbreak of zombies. When one young woman (Jessica C - DOUBLE TROUBLE) witnesses her boyfriend falling victim to the zombie horde, she must team up with a police officer (Andy On - THE VIRAL FACTOR, SPECIAL ID, COLD WAR) in order to stay alive and escape the building.

But the once warm-hearted chemistry teacher, Wu Ming, is now the zombie leader following the chaos, which has transformed him into a cruel, vicious, and formidable opponent.

Ratcheting up the terror, an evil organization has begun pitting humans against zombies in a malicious killing game. The good side of humanity has seemingly all but vanished and a world of uncertainty awaits...

Extras:
ZOMBIE FIGHT CLUB will be available wherever discs are sold on February 2, 2016! You can order yourself a copy now from AMAZON.COM or directly from SHOUTFACTORY.COM! Not sure if this is worth adding to your personal collection? Then scope out the trailer below!