Continuing their tradition of excellence, Grey Matter Art has revealed their New York Comic-Con exclusives that will be available at their booth from October 8th - 11th! Man, these prints are BEAUTIFUL! If you attend NYCC, get out your map and look for their booth: 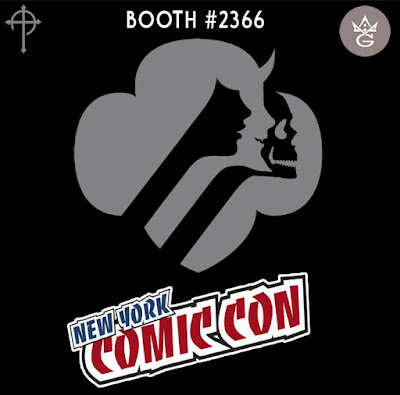 Grey Matter Art's first exclusive is Timothy Pittides' new poster for the classic anti-drug propaganda film, THE COCAINE FIENDS. There's only 75 of these in existence, and they are going for a mere $35.00 apiece! Scope it out below. 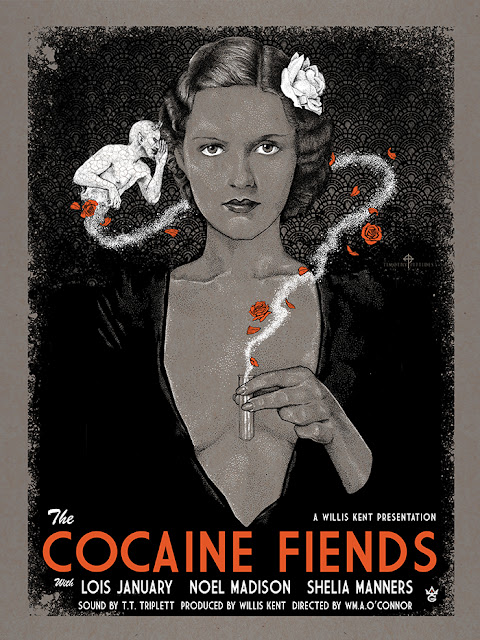 Not your cup of tea? Well don't fret because Grey Matter Art has got you covered! Scope out these crazy awesome Marvel posters, featuring Captain America, The Guardians of the Galaxy, Spider-Man, and Venom! There is only one version of the cool Spidey vs. Venom poster, but the Cap and Guardians prints come in three "flavors:" Regular, Variant, and Foil!

Raid71's Spider-Man vs. Venom print looks like it could be a panel right out of a classic Spider-Man adventure. Limited to 130 prints at $40 each, this would look great on any comic fan's wall! Check it out! 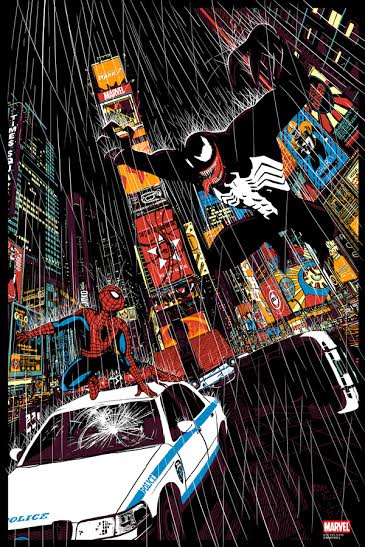 Next up is Matt Ferguson's kick-ass CAPTAIN AMERICA: THE FIRST AVENGER poster! The regular edition is limited to 200 copies at $50 each, the variant is limited to 125 at $70 each, and there will only be 100 foil prints available, each going for $100! It looks great! Matt Ferguson, I salute you!


Finally, there's Tom Whalen's fantastic GUARDIANS OF THE GALAXY Mondo-style prints. The regular version is limited to 325 prints at $50 each, the variant is limited to 175 at $75 each, and the foil edition is limited to 100 copies at the cost of $100 each! I think it looks pretty damned cool, and love how it incorporates nearly everything into the design. The heroes, villains, Infinity Stone, and even Peter Quill's ship "The Milano" are all there!

All of these prints will be available this weekend at NYCC. If any are left, you will be able to order them through Grey Matter Art's website on Monday, October 12th between noon and 1:00 PM EST. Be sure to snag them before they're gone for good!