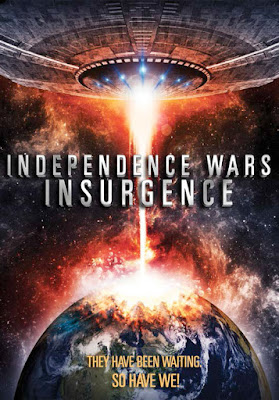 Hmmm.... I'm getting kind of a mockbuster vibe from INDEPENDENCE WARS: INSURGENCE (seeing as how INDEPENDENCE DAY: RESURGENCE is hitting theaters soon), and EXORCIST: HOUSE OF EVIL is supposedly "based on true events." Fans of low budget cinema take note of these two ambitious films!


INDEPENDENCE WARS: INSURGENCE
Synopsis: The world falls into panic
as an alien attack begins to lay waste to the planet. From within an underground U.S. Government base, scientist Bruce Kramer and his team combat the alien threat while his daughters struggle to survive on the surface against a populace the aliens have turned into blood-thirsty zombies.

INDEPENDENCE WARS: INSURGENCE will be available on DVD (and VOD) on July 12th wherever discs are sold. You can order it now through AMAZON.COM or MVDSHOP.COM! 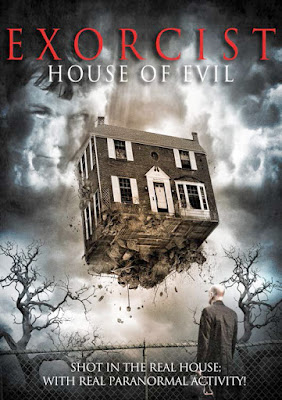 EXORCIST: HOUSE OF EVIL
Synopsis: Amy, a headstrong young woman who returns to her family home to take possession of it, discovers that it was the site of an exorcism in the 1940s and the devil may never have left.

Blurring the line between fact and fiction, the film was shot in a St. Louis, Missouri home in which an actual exorcism was performed on a 14-year-old boy in 1949 and inspired the acclaimed 1973 film THE EXORCIST. These real life events informed the film's narrative and had a chilling effect during the shoot.

“Every member of the crew had a story to tell, our sound mixer had picked up audio no one could explain and the batteries on our equipment couldn't hold a charge,” writer/director David Trotti said of the shoot. Actual paranormal activity was recorded during the shoot and appears in the finished film.

EXORCIST: HOUSE OF EVIL features Amy Holland Pennell (It's Always Sunny in Philadelphia, Lost Angels) and Connor Trinneer (Star Trek: Enterprise, Stargate: Atlantis). This title will be available to purchase (and watch on demand) on July 26th, and is available through AMAZON.COM and MVDSHOP.COM!