Synapse Films offers up a double dose of Creepers on Blu-ray! 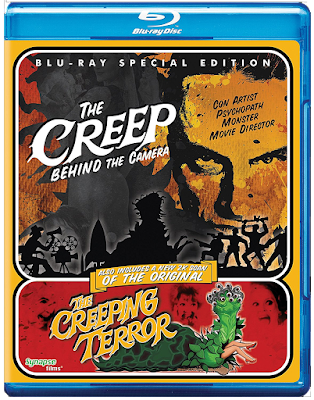 "THE CREEP BEHIND THE CAMERA" AND DARIO ARGENTO'S "PHENOMENA" (AKA CREEPERS) NOW AVAILABLE ON BLU-RAY FROM SYNAPSE FILMS!

I haven't seen PHENOMENA in years so I'm excited for Synapse Films' 2-disc release! I am also quite curious about THE CREEP BEHIND THE CAMERA, a new documentary about the making of THE CREEPING TERROR, which gained cult status after appearing on Mystery Science Theater 3000! Both titles are now available, so be sure to scroll down to learn about them before you add them to your personal collection!

THE CREEP BEHIND THE CAMERA (2014)
Synopsis: A creature is haunting the streets of Los Angeles, waiting for the cover of night to stalk innocent young girls. Hungry for fame and fortune, it's fueled by a demonic rage ready to devour anyone attempting to hinder its becoming the most powerful entity in Hollywood. While sometimes called A.J. Nelson, this demon is more commonly known as Vic Savage. This is his story...

In 1964, Vic Savage made THE CREEPING TERROR with a microscopic budget verging on the non-existent. Quickly earning a reputation as the worst movie ever made, it tells of the arrival of an unconvincing alien life-form (a shambling carpet creature made of plastic tubing, wire and soap) that devours its picnicking, dancing and guitar-playing victims. Much like the infamous Ed Wood, Savage managed to pull off a variety of schemes to convince an honest producer to invest in what he promised to be "the biggest monster movie ever made." 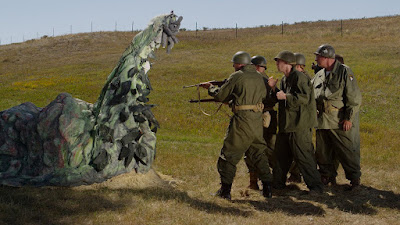 Told through re-enactments and containing shockingly true stories of many of the actual people involved with the production, Pete Schuermann's THE CREEP BEHIND THE CAMERA is the funny and ultimately terrifying saga of the making of THE CREEPING TERROR, and a disastrous portrait of a talentless artist who ultimately succumbs to his own self-destructive behavior.

Starring Josh Phillips in the larger-than-life performance as Vic Savage, and Jodi Lynn Thomas (AMC's PREACHER) as his unsuspecting wife Lois, THE CREEP BEHIND THE CAMERA pays vibrant tribute to an inglorious chapter in the history of genre cinema, incidentally exposing one of the most unimaginably radical antitheses of the Hollywood dream.

Extras:
THE CREEP BEHIND THE CAMERA (with THE CREEPING TERROR!) is now available wherever discs are sold! Get it now from AMAZON, BULLMOOSE, DIABOLIK DVD, or directly from SYNAPSE FILMS! 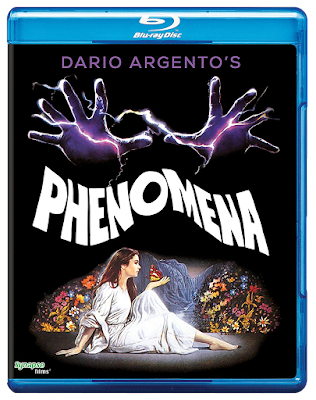 PHENOMENA (1985)
Synopsis: The young Jennifer Corvino (played by Oscar-winning actress Jennifer Connelly, in one of her first film roles) is sent to a private Swiss academy for girls where a vicious killer is on the loose, brutally murdering students. Jennifer is a gifted girl with the strange ability to communicate with insects, and Dr. McGregor (Donald Pleasence, John Carpenter's HALLOWEEN series, ESCAPE FROM NEW YORK) enlists her to help locate the killer.

Jennifer finds herself in a bizarre murder plot with maggots, mutants, and razor-wielding chimpanzee mayhem! Can she uncover the killer's identity before becoming a victim herself?

Extras:
This 2-disc release is pretty much the same as Synapse's limited edition steelbook of PHENOMENA that was released last November, and seems like a worthwhile addition to your Italian Horror collection! You can pick up this Synapse release now from AMAZON, BULLMOOSE, DIABOLIK DVD, or directly from SYNAPSE FILMS!