The most complete version of 1925's THE LOST WORLD is now available on Blu-ray! 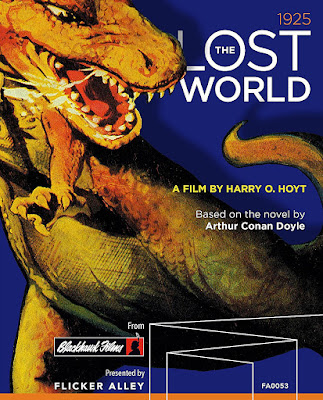 REDISCOVERED FOOTAGE AND AN ALL-NEW 2K TRANSFER MAKE THIS BLU-RAY THE DEFINITIVE RELEASE OF THE LOST WORLD!

Out of the handful of silent films I've sen, THE LOST WORLD is easily my favorite. It is arguably one of the most important movies in cinematic history, and for the longest time has only been available in bargain-priced public domain DVD releases that contained the abridged 63-minute cut of the film.

Then in 2012, Image Entertainment released a 93-minute "restored version" of THE LOST WORLD. Though the quality of the transfer left a little to be desired, it was amazing to see a half-hour of never before seen footage! And now, we have a whopping 110 minutes of THE LOST WORLD to gawk at, thanks to Blackhawk Films, Lobster Films, and Flicker Alley!

Synopsis: True to its title, the 1925, 10-reel version of The Lost World effectively disappeared from circulation in 1929 all known positive prints destroyed a move by First National Pictures to help clear the way for another creature film utilizing special effects and Willis O Brien's cutting-edge animation techniques: KING KONG! For more than 80 years, only abridged editions of THE LOST WORLD remained in existence... until now!

Follow Professor Challenger, played by the inimitable Wallace Beery, as he and a crew of curious explorers embark on an expedition in search of a mythical, prehistoric plateau in South America. Along for the adventure are eminent scientist Summerlee (Arthur Hoyt, the director s brother), sportsman Sir John Roxton (Lewis Stone), journalist Ed Malone (Lloyd Hughes) and Paula White (Bessie Love), whose father disappeared on the same plateau. The party is not there long before the lost world of the jungle begins to reveal its secrets: a primitive ape-man, a Pterodactyl flying through the air, a massive Brontosaurus feeding upon the trees, the vicious Allosaurus, and many more monstrous beasts of the Jurassic age. 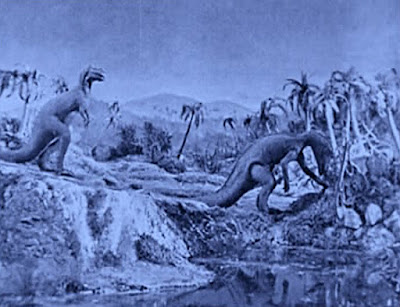 Flicker Alley, Lobster Films, and Blackhawk Films are thrilled to present the world-premiere Blu-ray edition of Arthur Conan Doyle's THE LOST WORLD, the most complete version of the film ever released! This visually stunning 2K restoration, accomplished by Lobster Films, features newly-discovered scenes and special effect sequences, incorporating almost all original elements from archives and collections around the world. Renowned silent film composer Robert Israel contributes a new and ambitious score, performed by a full orchestra in 2016!

Extras:
The reviews are in and this restoration of THE LOST WORLD is a definite must-have! It boasts the longest, and most complete cut of the film, a beautiful new transfer, a newly orchestrated soundtrack, and a fantastic array of extras! You can order it now from AMAZON or BULLMOOSE! The price is a bit steep, but in this case, the pricetag seems warranted!