AFTER MIDNIGHT, go to A QUIET PLACE IN THE COUNTRY to enjoy THE DEVIL'S CANDY! 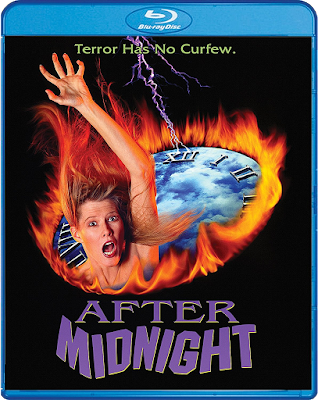 JUST IN TIME FOR THE HALLOWEEN SEASON, ENJOY A TRIO OF NEW SCREAM FACTORY TITLES ON
BLU-RAY!

Once again, Scream Factory manages to find more genre films that I've never seen before! A Horror anthology no one expected to get a Blu-ray release, a Franco Nero tale of terror, and a heavy-metal filled IFC Midnight title are all now part of Scream Factory's insanely huge catalog of fright flicks! Are you as excited as I am? If so, scroll down to learn more about these three new releases!

Synopsis: "Welcome to Fear 101. There will be a test." Higher education is about to dive into the depths of hell with this trilogy of terror that will scare you senseless. Marg Helgenberger (Species) stars in this psychological thriller that's guaranteed to get inside your head ... and stay there!


According to Professor Edward Derek, the only way to truly understand the psychology of fear is to be afraid ... very afraid! So he invites his class home for a night of three spine-chilling stories: First, a married couple lose their heads in a haunted house; next ravenous guard dogs prowl for cute coeds; and finally a psychopathic killer stalks a terrified telephone operator. But as the frightened freshmen get a hands-on lesson in real fear, the extracurricular creep-fest enters a class of its own, with a fiery final test that could scare the students to death!

Extras:
You can purchase AFTER MIDNIGHT now at AMAZON, BULLMOOSE, DIABOLIK DVD, or directly from SHOUT! FACTORY. 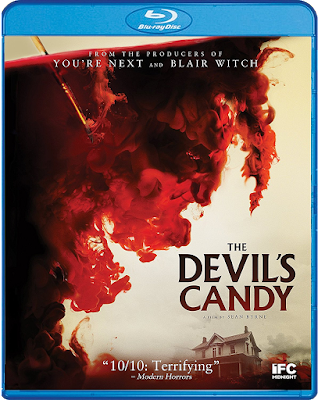 Synopsis: "Metal rules … but Hell is eternal." A family faces off with evil itself in a house from hell in this hard-rocking shocker from Sean Byrne, the director of THE LOVES ONES.

Diehard metal-head and struggling artist Jesse (Ethan Embry, CHEAP THRILLS) moves with his wife (Shiri Appleby, UNREAL) and daughter (Kiara Glasco) to a rural Texas town, unaware that the house they got for an unbelievable deal comes with a grisly history. Their dream home turns into a nightmare as disturbing demonic occurrences culminate with the appearance of Ray (Pruitt Taylor Vince, Identity), the home’s former resident – who’s destined to do the devil’s bidding.

Featuring the music of Metallica, Slayer, Pantera, and Sunn O))), THE DEVIL'S CANDY is “the complete midnight movie package … characters to root for, narrative, and a spot-on mix of scares [to] mess with your head” (Collider)!

Extras:
THE DEVIL'S CANDY is now available on Blu-ray at AMAZON, BULLMOOSE, and SHOUT! FACTORY. Order it today! 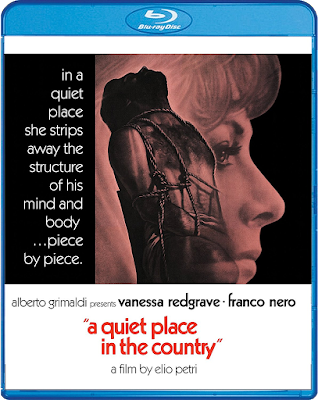 Synopsis: A prominent painter Leonardo (Franco Nero, JOHN WICK: CHAPTER 2, DJANGO) is plagued by nightmares that include himself and his lover/press agent Flavia (Vanessa Redgrave, THE DEVILS). His agent is convinced that he just needs some rest. So, he rents a villa in the countryside.

Extras:
A QUIET PLACE IN THE COUNTRY is now available to own on Blu-ray. Order your copy now from AMAZON, BULLMOOSE, DIABOLIK DVD, or straight from SHOUT! FACTORY.