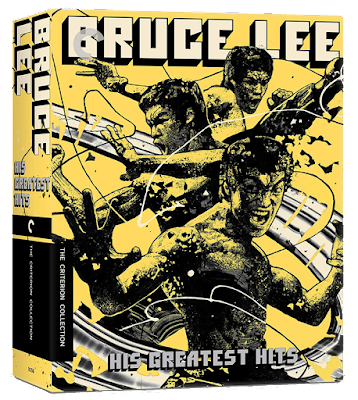 Bruce Lee was taken from this world far too early, and yet he managed to leave behind an impressive legacy that continues to inspire martial artists and filmmakers to this very day! And now, for the first time ever, you can own the complete collection of the films that helped propel Bruce Lee into perpetual superstardom: THE BIG BOSS (aka FISTS OF FURY), FIST OF FURY (aka THE CHINESE CONNECTION), WAY OF THE DRAGON (aka RETURN OF THE DRAGON), and ENTER THE DRAGON! This set also contains GAME OF DEATH and GAME OF DEATH II, plus hours of new and archival bonus features, including six audio commentaries, interviews, and more! Join me now fellow Bruce Lee fans, as I take a closer look at this stellar set from The Criterion Collection! 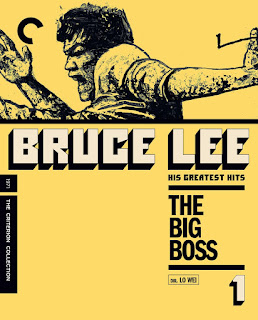 Synopsis: Enter a legend. Bruce Lee’s return to the Hong Kong film industry after a decade in America proved to be his big breakthrough, launching him to superstardom and setting a new standard for kung-fu heroics. In THE BIG BOSS, he commands the screen with his gravitas and explosive physicality in the role of a Chinese immigrant working at a Thai ice factory and sworn to an oath of nonviolence.

When he discovers that the factory’s ruthless higher-ups are running a secret heroin ring and offing their own workers, his commitment to pacifism is put to the test. With his undeniable charisma and fluid, lightning-fast martial-arts style, Lee is a revelation, blazing across the screen with a speed and power the likes of which had never been seen before. 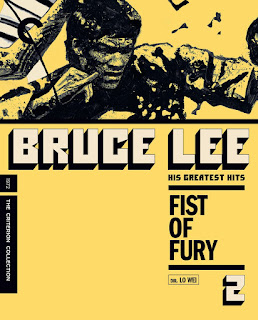 Synopsis: Bruce Lee is at his most awe-inspiringly ferocious in this blistering follow-up to his star-making turn in THE BIG BOSS, which turned out to be an even greater success than its predecessor. Set in 1910s Shanghai, FIST OF FURY casts Lee as a martial-arts student who, after his revered master is murdered by a rival dojo of Japanese imperialists, sets out to defend the honor of both his school and the Chinese people, with his fatal fists as his weapon of choice. Elevating Lee to a hero of near folkloric proportions, this historical revenge fantasy blends its stunning action set pieces with a strong anticolonialist statement and a potent dose of the fierce cultural pride that the actor embodied. 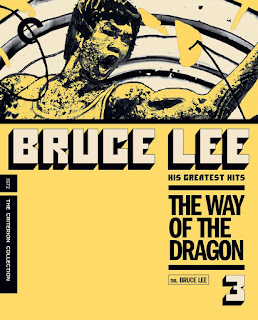 Synopsis: After the back-to-back triumphs of THE BIG BOSS and FIST OF FURY, Bruce Lee was given the chance to write, produce, and direct his third outing as a martial-arts superstar. He used the opportunity to add a touch of goofily entertaining comedy to the typically action-driven proceedings in THE WAY OF THE DRAGON, which finds him playing a rigorously trained martial artist who travels from Hong Kong to Rome to help his cousin, whose restaurant is being threatened by a gang of thugs. Reaching new heights of physical virtuosity, Lee unleashes an astonishing display of nunchuck-swinging, fly-kicking mayhem, all culminating in one of his most breathtaking fights: an epic gladiatorial death match with Chuck Norris in the Roman Colosseum. 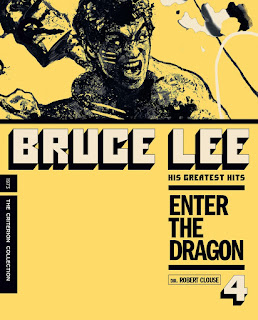 Synopsis: At the height of his stardom in Hong Kong, Bruce Lee was called to Hollywood to make the film that, perhaps more than any other, defines his legacy. His electrifying fighting style and the deeply personal philosophy that guided it received their fullest expression yet in this thrilling tale of a Shaolin fighter who goes undercover to infiltrate a treacherous island presided over by a renegade monk turned diabolical criminal mastermind.

Released just days after Lee’s tragic death, ENTER THE DRAGON went on to become his greatest international success and one of the most influential action movies ever made, with its famed hall-of-mirrors finale bringing together the physical and intellectual dimensions of his artistry in one dazzling set piece. 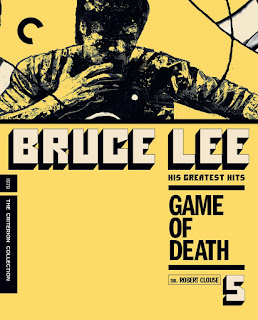 Synopsis: Released five years after Bruce Lee’s death, this eccentrically entertaining kung-fu curio combines footage from an unfinished project directed by and starring Lee with original material shot by ENTER THE DRAGON director Robert Clouse to create an entirely new work that testifies to the actor’s enduring place in the pop-culture imagination.

Using stand-ins, doubles, and archival footage to compensate for Lee’s absence, GAME OF DEATH follows a martial-arts movie star who, when he is threatened by a cutthroat crime syndicate intent on controlling his career, must take his skills from the soundstage to the streets. It all builds to an exhilarating climax that is pure Lee: a tour de force of martial-arts mastery in which the legend himself, clad in an iconic yellow jumpsuit, fights his way up a multilevel pagoda, with the towering Kareem Abdul-Jabbar among his formidable opponents.

Synopsis: After Billy Lo is killed while seeking the murderers of his friend, his brother Bobby goes all out to bring the perpetrators to justice.

Criterion Collection's impressive BRUCE LEE: HIS GREATEST HITS set is now available wherever Blu-rays are sold and should cost between $87 - $100! Order a copy now from AMAZON, BULL MOOSE, DIABOLIK DVD, or get it directly from CRITERION's website! Or, if you're super lucky, you might be able to snag one for about $63 bucks at Barnes & Noble's 50% Criterion Sale that is going on right now!