Kino Lorber kicks off 2017 with a trio of Sci-Fi Classics!

Kino Lorber gets a jump start over the competition on January 3, 2017 with their Blu-ray releases of STRYKER, WHO?, and ZPG! I've never seen any of these films (though I have heard of STRYKER), but will definitely give them a look now that they are readily available in high-definition! Let's take a closer look at each disc, shall we? 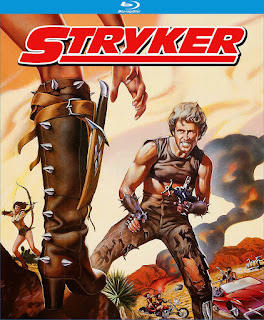 STRYKER
Synopsis: In the future, after the last breakdown of technology, the post-apocalyptic world is suffering from a shortage of water. Several groups of marauders, men who have banded together for survival on the parched planet, battle each other in raids for the precious life-giving liquid.

Amidst these savages is a group of brave and beautiful Amazons who guard one of the world's last springs! But their secret is eventually exposed and the savages descend upon the water supply! Outnumbered, the women turn to lone road warrior, Stryker (Steve Sandor, FIRE AND ICE) for help. 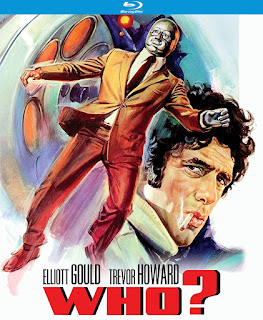 WHO? (AKA ROBO MAN)
Synopsis: Screen icon, Elliott Gould (THE LONG GOODBYE, BUSTING) is an FBI agent investigating an American scientist's disappearance after a fiery car crash in East Germany.

The scientist reappears at the Soviet border with robotic implants, but is it really him, or is it an imposter? WHO LURKS BEHIND THE VISAGE OF THE ROBO MAN?!

Death and destruction follow as a Russian Agent (Trevor Howard, THE OFFENCE) and Gould square off in a deadly game of cloak and dagger. Jack Gold (THE MEDUSA TOUCH) directed this clever thriller that will keep you guessing until its exciting and suspenseful conclusion. 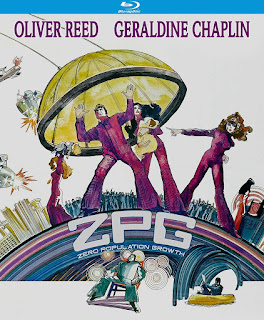 Synopsis: In the tradition of LOGAN'S RUN and SOYLENT GREEN - Oliver Reed (BURNT OFFERINGS) and Geraldine Chaplin (DOCTOR ZHIVAGO) star in this dystopian vision of things to come.

Under the weight of overpopulation, human society has begun to self-destruct. A policy of Zero Population Growth is upon citizens in hopes that twenty years without new births will right the sinking ship that is our planet.

Couples are issued dolls to take the place of children, and neighbors are encouraged to speak out about any illicit breeding. Reed and Chaplin play a couple that decides to subvert the will of the government and have a child of their own, but need to hide their crime from big brother, baby-snatchers, and even those they had trusted most.

ZPG was co-written by Frank De Felitta (THE ENTITY, SCISSORS) and Max Ehrlich (The REINCARNATION OF PETER PROUD), directed by Michael Campus (THE MACK) and co-starring Don Gordon (BULLITT) and Diane Cilento (THE WICKER MAN).