The Factory of Screams Releases THE HOUSE THAT SCREAMED on 12/20! 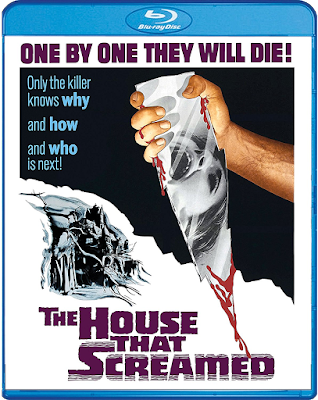 THIS TUESDAY, "THE HOUSE THAT SCREAMED" DEBUTS ON BLU-RAY, MAKING IT SCREAM FACTORY'S FINAL NEW RELEASE OF 2016!

I admit Vault Dwellers, that I am not familiar with this film, but by all accounts, it is a true classic that deserves to be seen! And now we can all enjoy the most complete cut of this Spanish Horror flick thanks to the efforts of Scream Factory! It's a Christmas miracle I tell ya!

Synopsis: At a 19th-century French boarding school for troubled girls, run by the sinister headmistress Madame Fourneau (Lilli Palmer, THE BOYS FROM BRAZIL), students begin to disappear shortly after the newest girl's arrival (Cristina Galbó, THE LIVING DEAD AT MANCHESTER MORGUE). Could a mysterious killer be loose within the school's dark corridors, or have some of the girl's escaped the tight grip of the stern Fourneau?

Extras:
THE HOUSE THAT SCREAMED will be available on Tuesday, December 20th wherever discs are sold! Fans of classic Horror, slasher flicks, or Scream Factory titles in general need to pick this one up! Order it now from Amazon, BullMoose, Diabolik DVD, or directly from Shout! Factory!