On January 2nd, A Door to Unspeakable Horrors is opened in THE RIZEN! 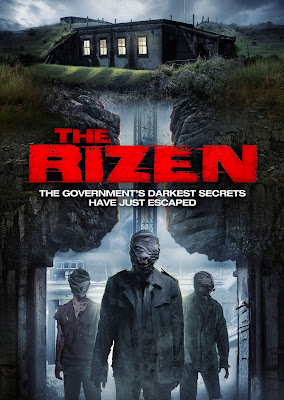 NATO SCIENTISTS PUNCH A HOLE INTO ANOTHER WORLD WITH TERRIFYING CONSEQUENCES, IN MATT MITCHELL'S "THE RIZEN!"

I just received a press release about this new indie action-horror film from director Matt Mitchell (GANGSTERS, GUNS, & ZOMBIES and IT NEVER SLEEPS) and it looks kind of cool. Look for it on VOD on January 2nd, and stay tuned for its sequel, THE RIZEN 2, sometime next year!

Synopsis: The year is 1955. NATO and the Allied Forces have been conducting secret, occult experiments in a bid to win the Arms Race. They have finally succeeded, but what they have unleashed could tear our world apart. Now one woman must lead the only other two survivors past faceless horrors that threaten to kill or capture them at every turn. They are the only ones left who can fight to close a door that should never have been opened.


For a closer look at the film, scope out the stills and trailer below!

Posted by The Vault Master at 4:19 PM