Prepare to Join the BLUE WORLD ORDER on January 16th! 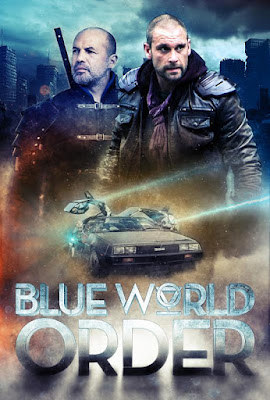 BLUE WORLD ORDER is a new sci-fi flick from the Land Down Under that has everything but the kitchen sink. It has a population-decimating pandemic, an evil dystopian warlord (played by Billy Zane!), car chases, and... wait, did I just see a fleet of DeLoreans cruising through a desert in the trailer?! I think I'm sold!

Synopsis: After a nuclear war decimated the Northern Hemisphere, the surviving population was infected with a deadly bacterium. In an attempt to rebuild civilization, a self-appointed government called The Order distributed an immunization to the bacteria, which inadvertently killed all the children. Only one man, Jake Slater, remained immune. The only child that survived is his daughter Molly. Now, Jake scavenges the wasteland searching for a way to keep her alive, unaware that Molly is the key to the survival of humankind.

BLUE WORLD ORDER is the first feature from writer-directors Che Baker and Dallas Bland. The duo collected the awards for Best Film at the Canberra International Film Festival and the LA Invasion Film Festival amid screenings around the world. Bruce Spence (MAD MAX: BEYOND THUNDERDOME, MATRIX REVOLUTIONS), Jack Thompson (THE MAN FROM SNOWY RIVER, AROUND THE BLOCK), and newcomer Billie Rutherford round out the cast of survivors in search of a new beginning after nuclear war and a deadly plague have pushed humankind to the edge. 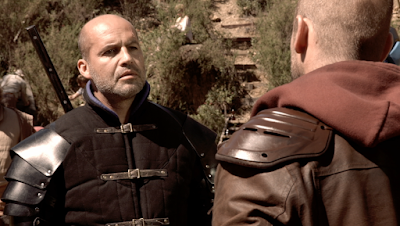 BLUE WORLD ORDER will be available on DVD and various VOD services on Tuesday, January 16th.

Posted by The Vault Master at 3:16 AM