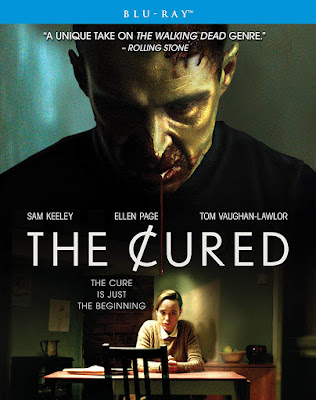 IFC Midnight titles are often a mixed bag, but both of these new ones seem pretty interesting! THE CURED deals with people being integrated back into society after being cured of their former cannibalistic state, while MIDNIGHTERS follows a married couple that are guilty of involuntary manslaughter! Continue onward to learn more about these two films, which are now available to purchase!

Synopsis: What happens when the undead return to life? In a world ravaged for years by a virus that turns the infected into zombie-like cannibals, a cure is at last found and the wrenching process of reintegrating the survivors back into society begins. Among the formerly afflicted is Senan (Sam Keeley - THIS MUST BE THE PLACE), a young man haunted by the horrific acts he committed while infected.

Welcomed back into the family of his widowed sister-in-law (Ellen Page - JUNO, SUPER), Senan attempts to restart his life — but is society ready to forgive him and those like him? Or will fear and prejudice once again tear the world apart? Pulsing with provocative parallels to our troubled times, THE CURED is a smart, scary, and hauntingly human tale of guilt and redemption.

Extras:
You can obtain a copy of THE CURED on DVD or Blu-ray today from AMAZON, BULLMOOSE, or directly from SHOUT! FACTORY's online store! 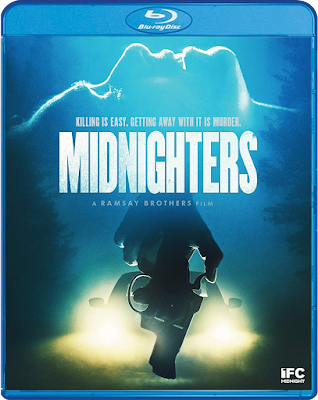 Synopsis: December 31st becomes a long day's journey into dread for one seriously unlucky couple in this nerve-twisting wild ride. On their way home from ringing in the new year, Lindsey (Alex Essoe) and Jeff (Dylan McTee) accidentally run down a man in the middle of the road.

Things look bad when they panic and stash the body in the backseat of their car. Things look worse when they discover that the stranger they hit had sinister intentions involving them and their family. And things go off the rails when a certain psychotic detective (Ward Horton) comes calling ...

This frightening and gripping feature debut from director Julius Ramsay (The Walking Dead) careens with hairpin twists and genre-defying surprises.

Extras:
You can own MIDNIGHTERS on DVD or Blu-ray today! Pick up a copy now from AMAZON, BULLMOOSE, or directly from SHOUT! FACTORY.