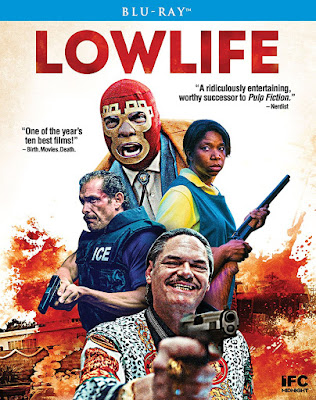 Scream Factory's IFC releases are hit and miss for me, but this latest batch actually looks quite promising. LOWLIFE is the feature film debut of director Ryan Prows and follows a motley group of people caught up in an organ-harvesting scheme, PYEWACKET tells the tale of a girl that accidentally places a curse on her mother, and WILDLING is a coming-of-age story with a mythological twist. Learn more about this new releases below, and get your credit cards ready Vault Dwellers!

Synopsis: What happens when you throw together one fallen Mexican wrestler with serious rage issues, one just-out-of-prison ex-con with a regrettable face tattoo, and one recovering junkie motel owner in search of a kidney? That's the premise of the berserk, blood-spattered, and wickedly entertaining feature debut from Ryan Prows.

Set amidst the seedy underbelly of Los Angeles, LOWLIFE zigzags back and forth in time as it charts how fate — and a ruthless crime boss — connects three down-and-out reprobates mixed up in an organ harvesting scheme that goes from bad to worse to off-the-rails insane. Careening from savagely funny to just plain savage to unexpectedly heartfelt, this audacious thriller serves up nonstop adrenaline alongside hard-hitting commentary about the state of contemporary America.

Extras:
LOWLIFE hits DVD & Blu-ray on Tuesday, August 7th, and will cost you about $18! Get yourself a copy now from AMAZON, BULLMOOSE, DIABOLIK DVD, or directly from SHOUT! FACTORY. 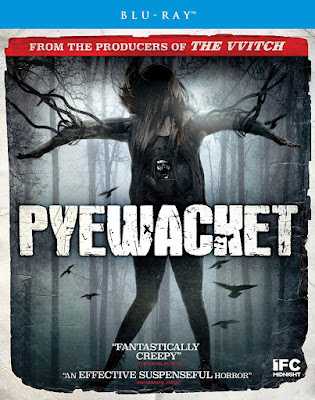 Synopsis: When you're dealing with demons, be careful what you wish for. In this ultra-unsettling occult nightmare, teenage Leah (Nicole Muñoz, Once Upon A Time) finds solace from the recent death of her father — and from her strained relationship with her mother (Laurie Holden, The Walking Dead) — by dabbling in the dark arts.

It all seems like harmless fun at first ... until an argument leads Leah to do the unthinkable: put a death curse on her mother. Leah immediately regrets her decision, but it may be too late: An evil presence known as Pyewacket has risen — and threatens to destroy both mother and daughter.

BACKCOUNTRY director Adam MacDonald creates hair-raising tension and a complex mother-daughter dynamic in this frightening fable about our darkest desires come to life.

Extras:
PYEWACKET is also an August 7th release (on DVD & Blu-ray) and should cost between $17 - $19! Order your copy now from AMAZON, BULLMOOSE, DIABOLIK DVD, or directly from SHOUT! FACTORY. 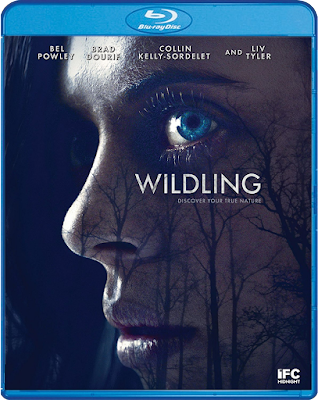 Synopsis: A teenage girl's coming-of-age arrives with a terrifying twist in this spellbinding take on the werewolf legend. Since birth, Anna (Bel Powley) has been raised in isolation by a man she knows only as Daddy (Brad Dourif - CHILD'S PLAY franchise, Rob Zombie's HALLOWEEN and HALLOWEEN 2). He has done everything possible to conceal the truth about her origins from her.

But when the teenage Anna is suddenly thrust into the real world under the protection of no-nonsense police officer Ellen (Liv Tyler - THE STRANGERS), it soon becomes clear that she is far from ordinary. Unable to adjust to a normal life, Anna finds herself drawn instead to the wild freedom of the forest while struggling to resist the growing bloodlust that has awakened inside her. This moodily atmospheric thriller combines supernatural scares with a myth-like tale of self-discovery.

Extras:
WILDLING will be released on August 7th like the aforementioned IFC Midnight titles and should cost you between 18 - $20! Order one now from AMAZON, BULLMOOSE, DIABOLIK DVD, or directly from SHOUT! FACTORY.