After a rather quiet August, Umbrella Entertainment strikes back with some great titles this month! Martin Freeman stars in CARGO as a man desperately seeking to find someone to take care of his infant daughter before he succumbs to a zombie virus. Also available are the cult classic HEATHERS on Blu-ray ("F*ck me with a chainsaw!"), plus the Australian DVD debuts of CITY OF LOST CHILDREN, IMMORTAL WARS, and TO CATCH A KILLER (featuring Brian Dennehy as John Wayne Gacy)!

For their Beyond Genres label, Umbrella released a relatively unknown cinematic oddity from director Alex Proyas (THE CROW, DARK CITY) called SPIRITS OF THE AIR, GREMLINS OF THE CLOUDS, which boasts a new 2K transfer and extras! For more information on these titles, plus all of Umbrella's other September releases, continue reading!

* Also due out on October 3rd is their next title in their Beyond Genres line: THE QUIET EARTH. This release boasts a new restoration of the film and comes with new cover art plus several extras!

* On November 7th, Umbrella's got quite a few titles of interest including: EMMANUELLE 2, DAY OF THE DEAD (ULTIMATE EDITION), SINGLE WHITE FEMALE, HEAVEN'S BURNING, DEVIL'S GATE, and CHAIN REACTION. 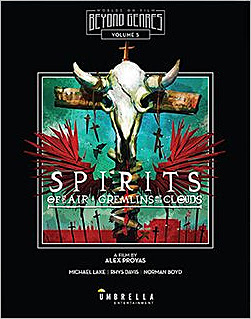 BEYOND GENRES VOLUME 5: SPIRITS OF THE AIR, GREMLINS OF THE CLOUDS (1989)

Synopsis: Set against an overwhelming desert landscape, Felix (Michael Lake, SWEETIE) and Betty Crabtree (Rhys Davis, DEAD END DRIVE-IN) are eccentric siblings living together in an isolated homestead in a post-apocalyptic era. Modern technology is absent, with wheels and gears operating a variety of broken devices to assist their struggle to survive.

When they encounter a wandering stranger named Smith (Norman Boyd), their simple lives become tumultuous as the wheelchair-bound Felix dreams of flying and Betty believes their new arrival to be a demonic presence - the characters all yearning for escape but seemingly do not know how.

The debut feature from Alex Proyas, SPIRITS OF THE AIR, GREMLINS OF THE CLOUDS is presented here in its original 4:3 ratio from a 2K scan of the original 16mm negatives. This audio and visual feast has been resurrected from cinematic obscurity to coincide with its 30th anniversary of production!


ORDER SPIRITS OF THE AIR, GREMLINS OF THE CLOUDS FROM UMBRELLA ENTERTAINMENT (DVD | BLU-RAY) OR AMAZON.COM (BLU-RAY)! 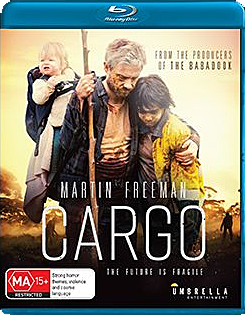 Synopsis: In a desperate bid to outrun a violent pandemic, Andy and Kay have holed up on a houseboat with their one-year-old daughter, Rosie. When their peaceful river existence is shattered by a violent attack, Andy takes his family ashore to seek help for his badly injured wife. But this decision ends in tragedy when Kay meets a grisly demise and Andy is not only infected himself but left with only 48 hours to find a new guardian for their child, before he transforms into one of the creatures they have fought so long to evade.

As Andy travels further inland, it becomes apparent that Rosie’s best chance of survival may be with a flourishing Aboriginal community. But their merciless attitude toward the afflicted also poses a grave threat. Andy’s fate soon becomes entwined with that of a young Indigenous girl, Thoomi, who could be his safe passage into this community. But unfortunately, the girl has no desire to return to her people – she is on a quest to cure her own infected father by returning his stolen soul. Each in their own way, Andy and Thoomi are both seeking salvation... but they will need to work together if they truly hope to achieve it. 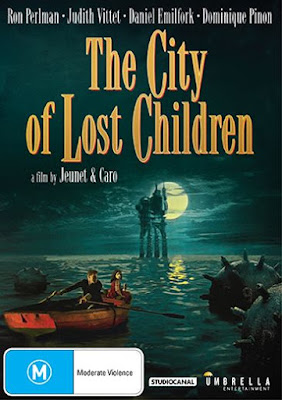 Synopsis: THE CITY OF LOST CHILDREN is a dazzling fantasy adventure from Jean-Pierre Jeunet and Marc Caro, creators of DELICATESSEN. They bring their surreal vision to the story of Krank, a tormented scientist who sets about kidnapping local children in order to steal their dreams and reverse his accelerated aging process. When Krank's henchmen kidnap his brother, local fisherman and former circus strongman One (Ron Perlman) sets out on a journey to Krank's nightmarish laboratory, accompanied by a little orphan girl called Miette.

With stunning visuals from Darius Khondji, costumes by Jean-Paul Gaultier and a haunting score by David Lynch collaborator Angelo Badalamenti, THE CITY OF LOST CHILDREN cemented Jeunet and Caro's reputation as film-makers with a unique vision.


ORDER THE CITY OF LOST CHILDREN ON DVD TODAY FROM UMBRELLA ENTERTAINMENT! 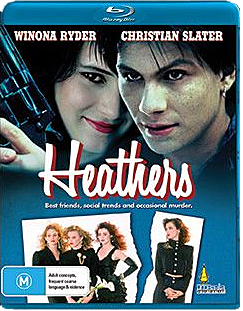 Synopsis: Watch your back as the trendsetters of Westerberg High School are chewing up the scenery and may just have you in their evil sights in this razor-sharp black comedy about peer group peril. Up to her neck in vitriol and sick of it, popular teenager Veronica Sawyer (Winona Ryder, BEETLEJUICE, EDWARD SCISSORHANDS) finds herself in a tiresome tide of ins and outs, part of a cruel social clique so wrapped up in their own making that no one else stands a chance.

She decides to challenge the malevolent rule of the self-appointed divas of the school scene, the Heathers (Shannen Doherty, Lisanne Falk and Kim Walker), and begins a torrid journey of blackmail, sex, revenge and murder. With the aid of rebellious newcomer Jason Dean (Christian Slater, TRUE ROMANCE) Veronica is set to revolutionise the classroom and turn popular perception upside down.

Crackling in high definition, the original '80s cult classic is in top form and returns us to a time of 'swatch dogs,' 'diet coke heads,' and a bunch of croquet playing queen bees that will have you laughing to the last despicable gasp! 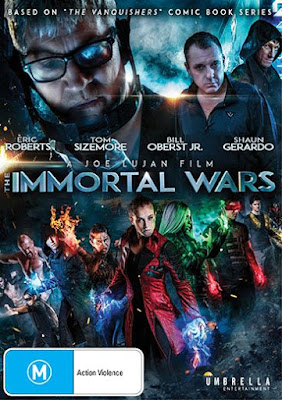 Synopsis: Set in the future the world has been split into sectors, humans have captured Deviant and force them to fight to the death. Madman, Dominion Harvey, (Eric Roberts, THE DARK KNIGHT) hosts the Immortal Wars and televises the show to the entire planet. Trikalypse and fellow deviants will not only fight to survive but to bring down Dominion Industries.

ORDER THE IMMORTAL WARS ON DVD FROM UMBRELLA ENTERTAINMENT! 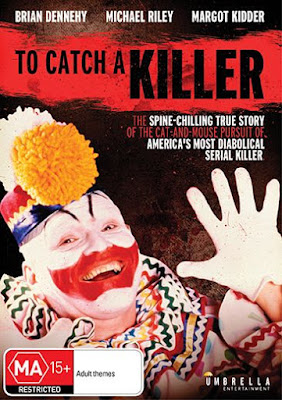 Synopsis: In a quiet subruban street, in a nice middle-class suburb, a vicious killer stalks. Behind the face of a respected, well-liked man, a loving husband and father hides the mind of a sadistic, cold-blooded serial killer responsible for the torture-deaths of more than two dozen children and young men. Brian Dennehy stars in this chilling tale of suspense as the notorious John Wayne Gacy.

Police Lieutenant Joseph Kozenczak, assigned to a routine disappearance case, begins to suspect that this pillar of the community has something to hide. Suspicion turns to obsession as Kozenczak is pressured by his superiors to give up the investigation while he is locked in a taunting cat-and-mouse game with the calculating Gacy. Even as the tenacious detective closes in, Gacy plots his next unspeakable act, sizing up his next victim.

Also starring Margot Kidder (SUPERMAN, BLACK CHRISTMAS), Meg Foster (THEY LIVE, LEVIATHAN) and Michael Riley (This is Wonderland) TO CATCH A KILLER is genuine edge-of-your-seat suspense, all the more chocking because it's based on the facts of John Wayne Gacy's real-life reign of terror.

ORDER TO CATCH A KILLER ON DVD FROM UMBRELLA ENTERTAINMENT OR AMAZON.COM!

Posted by The Vault Master at 3:29 AM