BRAIN DEAD and THE SEVENTH SIGN Make Their Blu-ray Debuts! 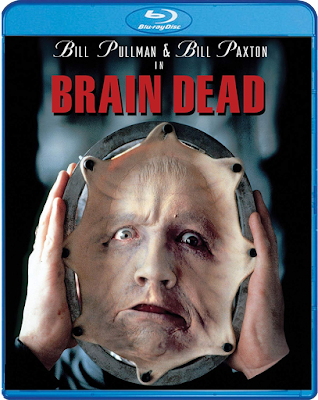 I hope you Vault Dwellers won't think less of me because I've never seen either of these new Scream Factory Blu-ray titles. But rest assured that I plan on remedying that! In particular, I'm very curious about BRAIN DEAD because Bill Paxton's presence in a movie always raises the bar! Plus, I distinctly remember the VHS cover for that particular at my local mom & pop video store from back in the day!

Synopsis: The Eunice Corporation is on the ground floor of an exciting growth industry, utilizing a memory re-sculpting technique pioneered by eccentric neurosurgeon Rex Martin (Bill Pullman, LAKE PLACID, THE SERPENT AND THE RAINBOW). It envisions nationwide clinics where anyone can lose the hang-ups of an unhappy childhood, a failed romance or a botched career. At Eunice's "New You" outlets, a simple operation will give customers peace of mind. Or it might leave them brain dead.

But when Martin refuses to cooperate with Eunice, he soon finds himself plunged into a surreal existence that intertwines dreams and reality. Has Martin slipped over the edge into madness? Or have corporate profit mongers given him a push, making him the guinea pig in his own experiment? To know the answer is to know true terror!

Extras:
BRAIN DEAD is now available to purchase wherever Blu-rays are sold, and currently should cost between $24 - $30! Get your copy now from AMAZON, BULLMOOSE, DIABOLIK DVD, or directly from SHOUT! FACTORY. 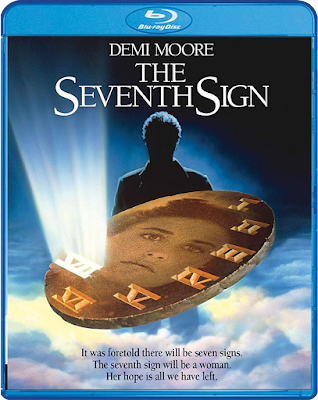 Synopsis: The time is coming. The seals are breaking. Judgment is at hand. As the signs of the apocalypse come to pass, only one woman can stop the impending supernatural doom in this taut and riveting thriller.

Demi Moore stars as Abby Quinn, a young woman who discovers that she and her unborn child play a terrifying part in the chain of events destined to end the world. Already troubled with a difficult pregnancy, Abby grows more distraught once she and her husband (Michael Biehn, THE TERMINATOR) rent their studio apartment to David (Jürgen Prochnow, IN THE MOUTH OF MADNESS), an enigmatic drifter.

As Abby becomes ensnared in a series of otherworldly experiences, it becomes apparent that David is carrying out the mythical prophecies of Judgment Day ... and that she has been chosen as the instrument of the Seventh Sign. But can Abby — or anyone — stand between the wrath of God and the future of humanity?

Extras:
THE SEVENTH SIGN is also readily available on Blu-ray and costs between $24 - $27! Add it to your collection now by picking up a copy from AMAZON, BULLMOOSE, DIABOLIK DVD, or SHOUT! FACTORY.