This trio of Blu-rays will make you SCREAM & SHOUT on April 25th! 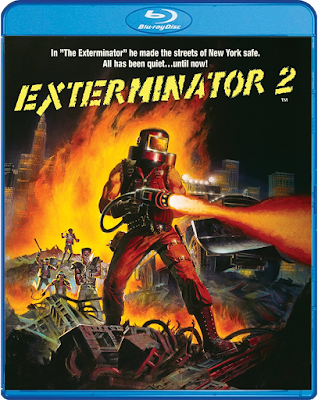 It's a good time to be a fan of Horror and Exploitation cinema, as well as a collector of physical media! Shout! Factory and its subsidiaries (i.e. Scream Factory and Shout Select) are doing a bang-up job in keeping a constant flow of awesome titles coming to Blu-ray. Speaking of which, here's three more for your ever-growing movie collections!

Synopsis: The Exterminator is back… and he's burning with vengeance! John Eastland (Robert Ginty) is back! The torch-wielding outlaw vigilante is cleaning up the urban jungle again. Drug lord X and his army of thugs have declared war on New York City, but they have yet to meet someone like The Exterminator. This fiery sequel also stars Mario Van Peebles (NEW JACK CITY), Frankie Faison (Banshee) and Deborah Geffner (ALL THAT JAZZ). 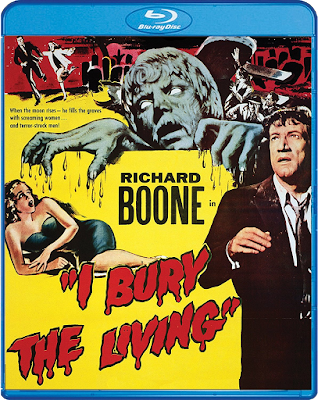 Synopsis: A Creature to Freeze Your Blood! A Story to Chill Your Soul! Through a series of chilling coincidences, the newly-elected director of a cemetery (Richard Boone) begins to believe that he can cause the deaths of living owners of burial plots by merely changing the push-pin color from white (living) to black (dead) on a large wall map of the cemetery. 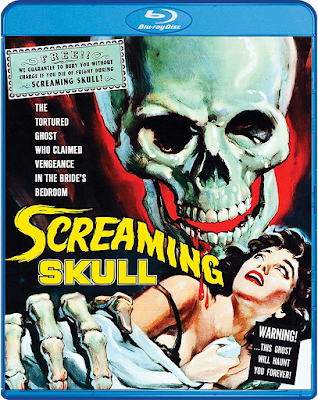 Synopsis: Get ready for such a fright when the Screaming Skull arises! When widower Eric (John Hudson) bring his mentally fragile new bride Jenni home to the palatial estate of his first wife, strange things begin to happen. Jenni is certain she is being tormented by Eric's former wife who died under mysterious circumstances.

But no one else seems to hear the ominous screams or see the rolling skull that comes knocking at the front door. Much like master showman William Castle, the producers of the film promised a free burial service for anyone who died while watching the film. Of course, this never happened.

Extras:
You can order THE SCREAMING SKULL now from AMAZON, BULLMOOSE, DIABOLIK DVD, or direclty from SHOUT! FACTORY!