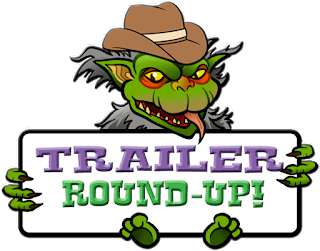 It's been quite a while since I posted a new Trailer Round-Up, so it's high time I get things back on track! Hollywood has been churning out some quality entertainment this year, and it looks like this trend will continue right up until December! Take a few minutes to peep the four trailers below and get excited for films featuring gladiatorial duels (in space!), secret British spy organizations, wisecracking hitmen, and the next chapter of the ongoing STAR WARS saga!

Ryan Reynolds is a skilled bodyguard that is tasked with protecting the world's most-wanted hitman, portrayed by Samuel L. Jackson. Explosions, violence, death, and hilarity ensue as they struggle to stay alive, and maybe even become friends! In a year crowded with great action films, it'll be curious to see if this particular one holds its own. Scope out the mothaf*ckin' trailer for THE HITMAN'S BODYGUARD below!

This sequel to the surprise hit, KINGSMAN: THE SECRET SERVICE, has the surviving members of Britain's spy organization teaming up with the American "Statesmen" to battle an all new threat! The trailer doesn't give away too much, but I'm definitely excited to see it later this year!

The next chapter of the STAR WARS saga continues the story of the Rebellion's efforts to defeat The First Order and its Sith leader. If they use the typical trilogy template, this will be a very dark entry into the series. Luke Skywalker appears to train Rey in the ways of The Force (though he seems pretty intent on ending the Jedi gig altogether), Kylo Ren heads further down the path to the Dark Side, and lots of cool space battles ensue!

I was a pretty big fan of THE FORCE AWAKENS (though rather lukewarm towards ROGUE ONE), so I'm eager to see what happens next. I just hope it isn't a lazy retread of THE EMPIRE STRIKES BACK.

The third entry into Marvel's THOR franchise looks to push further into the cosmic realm of the Marvel Cinematic Universe. When the evil goddess Hela (hot, emo Cate Blanchett) destroys Mjolnir and casts Thor out of Asgard, our hero must find  a way back in order to prevent Ragnarok. (i.e. The Norse Apocalypse) Thor finds himself stranded on an alien world, where he's forced to battle in a gladiatorial arena for the entertainment of the planet's ruler. But as luck would have it, he also ends up running into an old friend....


That's all I got for you today Vault Dwellers! Make sure you mark all of these cool-looking flicks down on your calendars, and be sure to check back to the News Vault soon for more trailers, Blu-ray news, and more!