PULL OFF A HEIST, AWAKEN YOUR SEXUALITY, AND MAKE A DEAL WITH THE DEVIL WITH UMBRELLA'S NEWEST RELEASES!

I'm a bit late in posting this (everything mentioned below came out on March 7th!) but don't let that stop you from seeking out Umbrella's latest titles! This month, there's a little bit of everything, from Drama (THE CHANT OF JIMMIE BLACKSMITH, LUCKY), to Action & Adventure (JUNGLE), but what you really want to hear about are Umbrella's latest Ozploitation and Cult releases!

This month we get THE IMAGINARIUM OF DR. PARNASSUS, which sadly turned out to be Heath Ledger's final film. To complete the movie, Jude Law, Johnny Depp, and Colin Farrell all star as different "versions" of Ledger's heroic character. Umbrella also released the Ozploitation classic MONEY MOVERS, a "ultra-violent" heist film based upon actual events, EMMANUELLE, a legendary piece of softcore erotica that is still generating sequels, documentaries, and spin-offs to this day, and finally a supernatural Western called SILENT TONGUE! Scroll down to learn more about these new releases, and see the full roster of Umbrella's March titles! 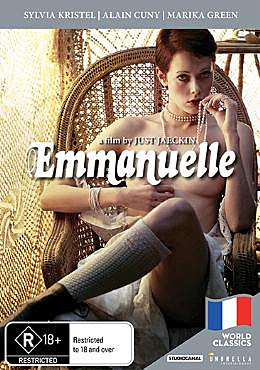 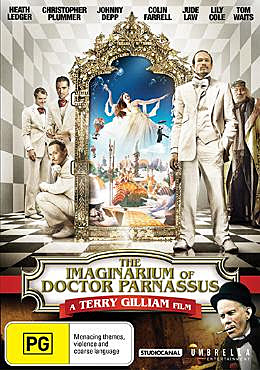 THE IMAGINARIUM OF DOCTOR PARNASSUS (2009)

Synopsis: Dr. Parnassus (Christopher Plummer), the leader of a traveling show, has a dark secret. Thousands of years ago he traded the soul of his daughter, Valentina, to the devil, in exchange for immortality. Now the devil has come to collect his prize.

To save her, Parnassus must make a final wager: Whoever collects five souls first will win Valentina. Tony (Heath Ledger), a man saved from hanging by Parnassus' troupe, agrees to help collect them, with his eye on marrying Valentina.

CLICK HERE to order Umbrella Entertainment's DVD of THE IMAGINARIUM OF DOCTOR PARNASSUS! 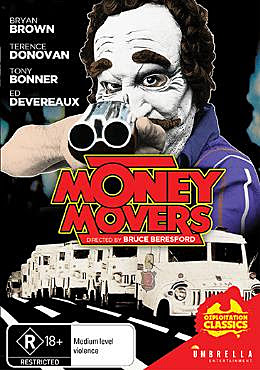 Synopsis: The counting house at "Darcey's Security Services" is a fortress. Security is intense and any would-be-robbers have little hope... unless they get "inside" help.

MONEY MOVERS is a fast-moving, ultra-violent telling of Australia's biggest and bloodiest armed robbery - the theft of $20 million from a payroll counting office. 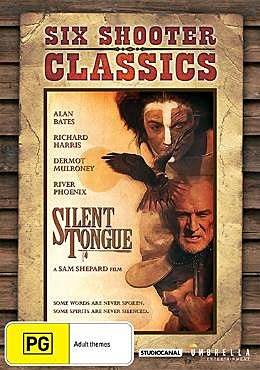 Synopsis: Talbot Roe (River Phoenix), despite the pleas of his father Prescott (Richard Harris), insists on guarding the body of his wife Awbonnie who has died in childbirth. Afraid his son will lose his mind, Prescott goes in search of Eamon MacCre (Alan Bates), the showman who had traded his half-Indian daughter for horses. He intends to buy Eamon's second daughter in the belief that only she can save Talbot from his terrible grief.

When Eamon's son Reeves (Dermot Mulroney) objects, Prescott kidnaps the girl. But before he can get back to the tree a powerful and terrible presence rises from Awbonnie's body demanding that Talbot let it be devoured by animals and, in doing so, allow her spirit to rise and forever rest in peace.

Posted by The Vault Master at 2:14 AM