Mezco Toyz has been bombarding us with updates on all of the cool new action figures and collectibles that they have coming out this year. Their Living Dead Dolls line is celebrating its 20th Anniversary, and along with their highly-articulated superhero figs, they've got a ton of officially licensed movie figures as well! I hope you Vault Dwellers have saved some of the money from your tax returns, because you're gonna want to pick a few of these up! 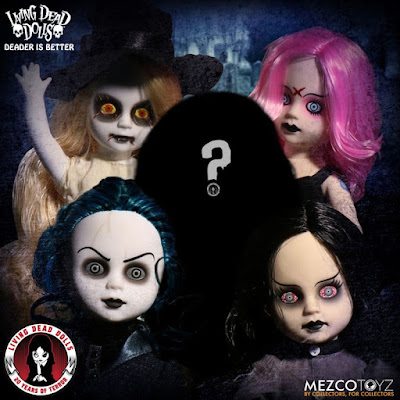 Description: This year, the Living Dead Dolls are celebrating 20 Years of Terror… and to commemorate this momentous occasion, they're creating a little mystery! The 20th Anniversary Series set contains five dolls, BUT the fifth doll is a mystery and comes in a closed-coffin box--hidden from prying eyes! This fifth doll will be one of five different possible dolls, not variants but five completely unique dolls! These five dolls are going to be rare, so collect the whole set if you dare!

Which will be the 5th doll in YOUR set? Open the black-lidded coffin to behold the horror waiting in the darkness. Standing 10” tall, each Living Dead Doll features real cloth clothing and five points of articulation, and is packed in their own coffin with a personalized death certificate. 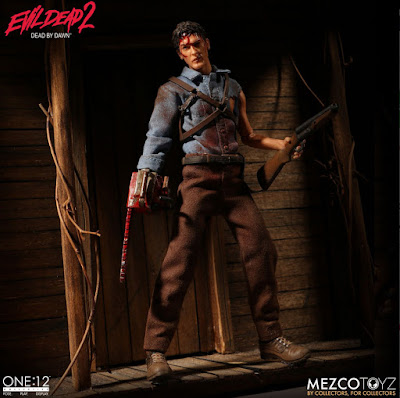 Each Ash of Evil Dead 2 figure is packaged in a collector friendly box, designed with collectors in mind. There are no twist ties for easy in-and-out of package display! 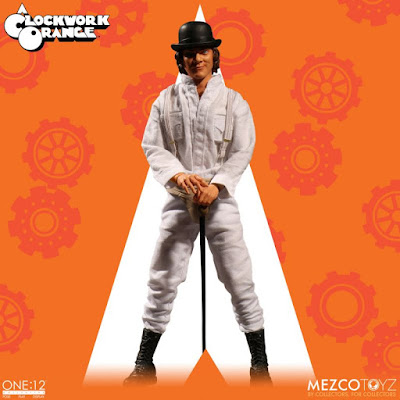 This Alex DeLarge figure features three uniquely expressive head portraits as well as Alex’s classic all-white cloth outfit and codpiece. In addition, Alex comes equipped with a deftly designed cane, cane-top knife, and of course, a glass of milk. Also included is a display base with logo and adjustable display post. 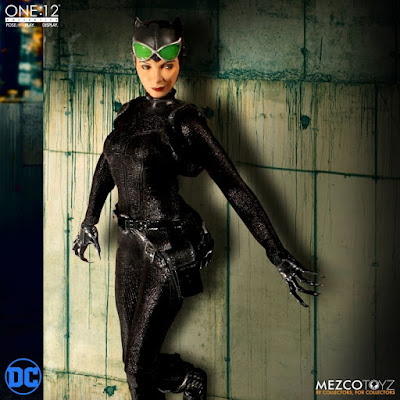 As is the case with every other One:12 Collective figure, Catwoman is packaged in a collector friendly box, designed with collectors in mind. There are no twist ties for easy in-and-out of package display. 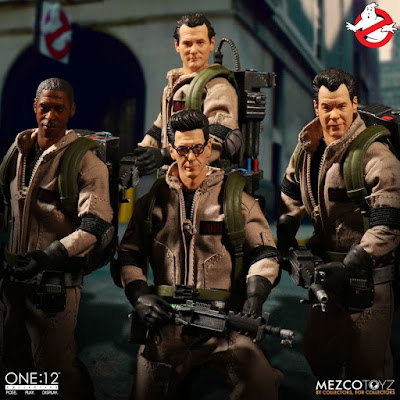 Description: They ain’t afraid of no ghosts! Mezco welcomes everyone’s favorite parapsychologists into the One:12 Collective with a five-figure deluxe set - all four GHOSTBUSTERS plus a supernatural bonus figure: Slimer! Each Ghostbuster comes with their own light-up proton pack and is packaged in a special edition, collector-friendly metal tin, perfect for displaying alongside the troop!

The Ghostbusters Deluxe Box Set features all four heroes, each boasting two head portraits: one natural and one scared expression, and also features the likeness of Bill Murray, Dan Aykroyd, Harold Ramis, and Ernie Hudson. Each of the 4 paranormal paladins comes with their own proton pack with a light-up feature, perfect for pesky encounters with ectoplasmic entities. Simply press the button on the proton pack to activate! No detail was overlooked when designing the Ghostbusters’ uniforms which feature working zippers, functional pockets, nametags, and the Ghostbusters logo.

GHOSTBUSTERS FIGURES FEATURES:
CHARACTER-SPECIFIC ACCESSORIES: The One:12 Collective Ghostbusters figures are packaged in a deluxe metal tin, designed with collectors in mind. There are no twist ties for easy in-and-out of package display.

That's all I've got to report on at the moment Vault Dwellers, but rest assured that more cool Mezco Toyz announcements are on the way! To see what else they have to offer, go to their Official Website, and be sure to follow them on Facebook and Twitter too!