Just when you thought it was safe to stop spending money, Umbrella Entertainment unleashes a flood of new titles to DVD & Blu-ray! Enjoy the heart-pumping car chases in THE CHAIN REACTION, cheer for "Bub" the zombie in DAY OF THE DEAD (ULTIMATE EDITION), or discover the joys of love and lust in LUNATICS: A LOVE STORY, HEAVEN'S BURNING, or Umbrella's EMMANUELLE 1 & 2 double feature!

For more information on the titles I've just mentioned, (as well as all of the other November releases from Umbrella) scroll on down!

ANNOUNCEMENTS:
* Umbrella's Ozploitation Classics line adds the classic children's adventure film FROG DREAMING (aka THE QUEST) to its roster on December 5th, with new extras! Also due out on that date: YOU WERE NEVER HERE and THE LORD OF THE FLIES.

* APT PUPIL, based upon the Stephen King novella, is coming to DVD & Blu-ray on January 2, 2019, as does Umbrella's "Oz-Erotica" double feature of FELICITY and CENTRESPREAD! 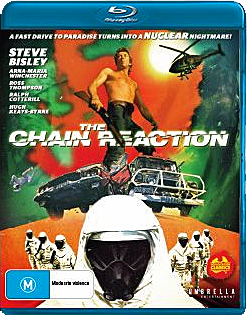 Synopsis: For mechanic Larry Stilson (Steve Bisley - THE GREAT GATSBY, MAD MAX) and his wife Carmel (Arna-Maria Winchester - CODA), a weekend in paradise turns into their most horrifying nightmare. At their retreat in an isolated mountain valley, they are confronted by Heinrich (Ross Thompson - BOULEVARD OF BROKEN DREAMS), the victim of a deadly nuclear spill who is in the throes of a horrifying radiation death.

A top-secret government security team moves in with an army of vicious decontamination workers to seal off the valley, forcing Larry and Carmel to attempt a daring high-speed escape! But, the question growing more urgent by the minute is - can the radioactive waste be contained?

Boasting high-octane car chases and spectacular stunts staged by George Miller, the director of Mad Max, and appearances from the stars of that film (Steve Bisley, Hugh Keays-Byrne and Mel Gibson), THE CHAIN REACTION is a slick, futuristic action thriller that hurls you into the nightmarish world of terror and nuclear holocaust. 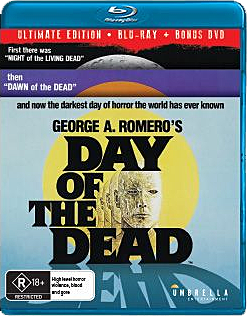 In horror maestro, George A Romero's gruesome follow-up to the acclaimed DAWN OF THE DEAD, the flesh-eating undead have wiped out every last vestige of the civilized world and now outnumber the living 40,000-to-one! Hidden deep within a fortified underground missile silo an isolated and increasingly unstable ragtag group of scientists and soldiers continue to work to find a cure for this unstoppable plague.

Tensions soon escalate between a maniacal bloodthirsty military leader and a borderline mad scientist, sparking a climactic assault on the bunker by thousands of zombies... one final battle for humanity's survival. Named by Romero as his favorite "dead" movie, DAY OF THE DEAD showcases his tight, taut direction and unleashes a cavalcade of non-stop zombie carnage courtesy of gore wizard, Tom Savini. 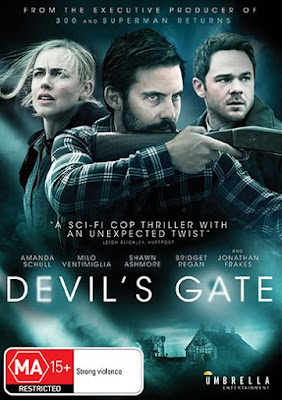 Synopsis: Maria Pritchard (Bridget Regan - JOHN WICK) and her son are missing. Maria’s husband, Jackson (Milo Ventimiglia - This Is Us), a taciturn man with a troubled past, is not returning calls.

An FBI Agent and Police Deputy sent to investigate find more than they bargained for when they arrive at the family’s remote farm outside Devil’s Gate, North Dakota.

As night falls and they become trapped in that desolate location, the law enforcement officers must either join forces with an unstable man they suspect of misdeeds or fall victim to the same demons that beset him. 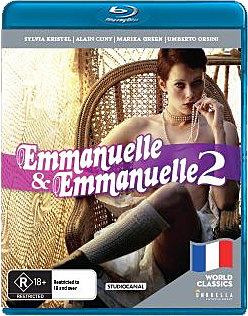 On the plane, which takes off from Paris, she gets a taste of the erotic joys waiting for her in Asia. In Bangkok, the capital of the senses, with the encouragement of her husband, Emmanuelle abandons sentimental love to find fulfilment in her pleasures, first with young girl Marie-Ange (Christine Boisson, THE TRUTH ABOUT CHARLIE), then with new lover Mario (Alain Cuny, LA DOLCE VITA) . Emmanuelle revels in this new-found pleasure so much so that excess becomes the word of the hour, especially when Jean goes away on a business trip and leaves Emmanuelle alone in the hands of Mario.

EMMANUELLE 2 Synopsis: Emmanuelle lives out her fantasies in the arms of both her husband and her lover, Christopher. She goes on to initiate the young Anna-Maria into the pleasures and subtleties of carnal love. 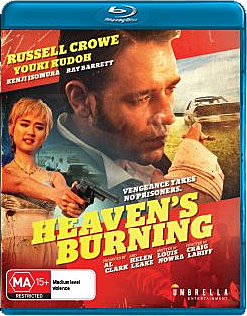 Synopsis: In Sydney, the newly married Midori (Yuki Kudo - MEMOIRS OF A GEISHA) is honeymooning with her husband, Yukio (Kenji Isomura). She does not love him and fakes her own kidnapping to escape the marriage. Her lover is supposed to meet her, but fails to appear, so she goes to a bank to get some cash.

Soon Midori becomes a hostage in an unfolding bank heist, until the getaway driver, Colin (Russell Crowe - GLADIATOR, THE NICE GUYS), rescues her from his cohorts. They hit the road together, with the cops, Midori's husband, and the bank robbers in hot pursuit! 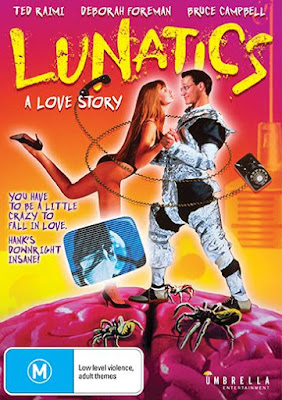 Synopsis: In the seedy part of Los Angeles, poet Hank Stone (Ted Raimi - Ash Vs The Evil Dead) has spent six months without leaving his apartment because of his paranoid delusions involving sadistic doctors, rappers, and spiders.

A woman who seems to jinx things by wanting to help is dumped by her boyfriend and finds herself penniless on the streets, and soon runs afoul of a local gang. Due to a telephone glitch, the man calls her at a phone booth trying to dial a "talk line" and invites her to his place. There they must help each other to overcome their respective problems.

ORDER LUNATICS: A LOVE STORY ON DVD FROM UMBRELLA ENTERTAINMENT OR AMAZON.COM! 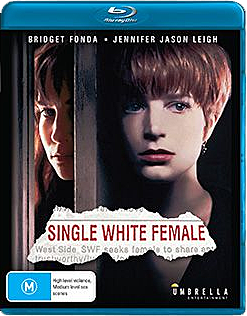 First, she takes her clothes, then her boyfriend... and now she wants her life! From Oscar-nominated director Barbet Schroeder (REVERSAL OF FORTUNE), this critically acclaimed thriller features electrifying performances and knife-edge suspense.

Posted by The Vault Master at 3:17 AM