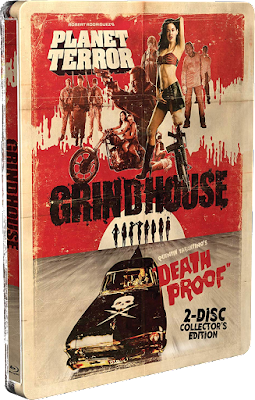 As someone who is constantly upgrading their movie collection (I went from VHS, to DVD, and then to Blu-ray), I have to say that I'm not personally big into buying the same movie again because the packaging is different - that's pretty much why the steelbook craze never really caught on with me.

However, I know a LOT of collectors who dig steelbooks, and if you're one of them, PREPARE FOR GLORY!

Synopsis: In Robert Rodriguez' PLANET TERROR, an experimental bio-weapon is released, turning thousands into zombie-like creatures. Now it's up to a rag-tag group of survivors to stop the infected and those behind its release. In Quentin Tarantino's DEATH PROOF, two separate sets of voluptuous women are stalked at different times by a scarred stuntman who uses his "death proof" cars to execute his murderous plans.

DISC TWO:
GRINDHOUSE's new Steelbook release will be available at most retailers on Tuesday, November 6th, and should cost between $20 - $25! Order yourself a copy now from AMAZON or BULLMOOSE! 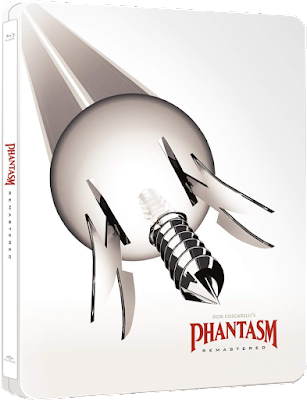 Synopsis: PHANTASM presents Mike, Jody, Reggie, and the Tall Man as they've never been seen before. For the first time in high-definition, follow the trio in the remastered original classic that started it all, in which two brothers discover their local mortuary hides a legion of hooded killer dwarfs, a flying drill-ball, and the demonic mortician who enslaves the souls of the damned.

Note: This seems to just be a repackage of the previously released PHANTASM: REMASTERED Blu-ray from Well Go USA, but I cannot confirm that at this time.

Extras:
Well Go USA's steelbook repackage of PHANTASM will be available on November 6th and currently costs in the neighborhood of $20 - $28! You can order a copy now from AMAZON, BULLMOOSE, or DIABOLIK DVD! 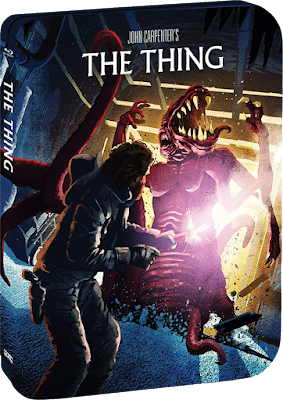 In the winter of 1982, a twelve-man research team at a remote Antarctic research station discovers an alien buried in the snow for over 100,000 years. Soon unfrozen, the form-changing alien wreaks havoc, creates terror… and becomes one of them, proving that "Man is the warmest place to hide."

Aside from the new artwork and steelbook packaging, all that's new here is the 2017 4K transfer of the film (that's been ported over from the Arrow UK Blu-ray release I believe), which now means that THIS is currently the definitive release of Carpenter's THE THING. Expect to pay $29 - $35 for this bad boy (until it goes out of print), which is apparently only available to purchase from AMAZON and SHOUT! FACTORY. 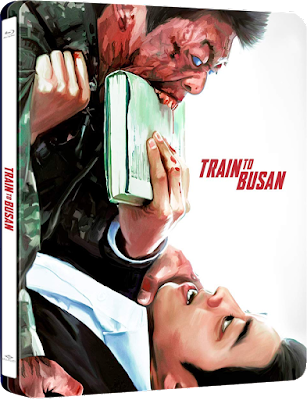 Synopsis: When a mysterious virus breaks out across the country, the infected turn into the murderous undead. A few terrified travelers find themselves trapped on a bullet train from hell, fighting for their lives as hordes of the living dead crash towards them, crawling closer with every stop. Suspicion is rife and tensions run high as some will do anything to survive and make it to the safe zone.
Disc Specs:
Not Rated | Color | 118 minutes | Region A
Video - 1080p Widescreen (1.85:1)
Audio - Korean DTS:X, DTS-HD Master Audio 7.1, Dolby Digital 2.0, English DTS-HD Master Audio 5.1 and Dolby Digital 2.0

Extras:
Well Go USA's TRAIN TO BUSAN Steelbook is also due out on November 6th and will cost between $20 - $28. Order yourself a copy now from AMAZON, BULLMOOSE, or DIABOLIK DVD!