Truth be told Vault Dwellers, I've owned bargain-basement DVD copies of several of the "Blood Island" films, but I've never watched them. And now they will continue to remain unwatched because I splurged and ordered myself a copy of this fantastic Blu-ray set from Severin Films! All four films have been given a plethora of extras, have been remastered in 4K, and have reversible artwork! So if you're as excited as I am about this (limited to 3,500) release, scroll down and prepare to start drooling! 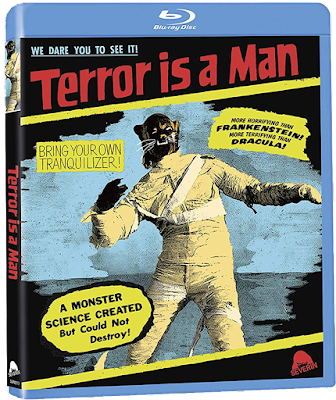 Synopsis: In 1959, American producer Kane Lynn teamed with Filipino filmmakers Eddie Romero and Gerardo de Leon to make a grisly thriller billed as "a unique experience in motion picture terror!" Its global success would soon transform the Philippines' movie industry, launch the legendary BLOOD ISLAND series, and change the face of drive-in/grindhouse horror forever. Francis Lederer (RETURN OF DRACULA), Richard Derr (WHEN WORLDS COLLIDE) and former Miss Denmark Greta Thyssen (JOURNEY TO THE SEVENTH PLANET) star in this "quite terrifying" (The New York Times) take on H.G.Wells' Island Of Dr. Moreau – also known as BLOOD CREATURE — now featuring a new 4k scan from a fine-grain print recently discovered at the UCLA Film Archive and presented totally uncut, including its "bell system for the squeamish and faint-hearted!!!" 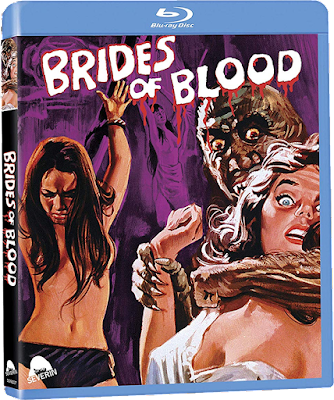 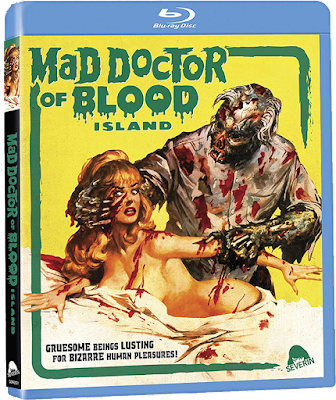 Synopsis: In perhaps the most infamous film in the BLOOD ISLAND franchise, co-directors Eddie Romero and Gerry de Leon upped the already over-the-top nudity, violence, horny monster havoc and unmatched WTF?-ness of the first movie to deliver what Dangerous Minds hails as "one of the greatest/nastiest/goriest films of the 1960s." AIP-leading-man-turned-producer John Ashley (HOW TO STUFF A WILD BIKINI, The A-Team) and '60s-starlet-turned-'80s-porn-queen Angelique Pettyjohn (Star Trek, TITILLATION) star in this "horrifying nightmare of a thousand frightening dreams" – also known as GRAVE DESIRES and TOMB OF THE LIVING DEAD – now scanned in 4k from a recently discovered camera negative and presented totally uncut for the first time ever, including the legendary "Oath of Green Blood" prologue! 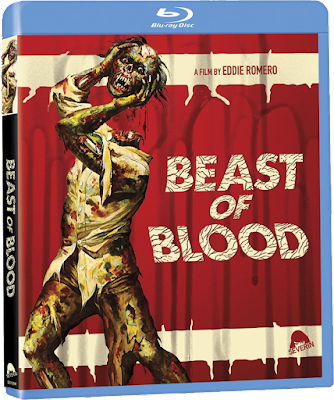 Synopsis: This sequel to MAD DOCTOR OF BLOOD ISLAND picks up minutes after the earlier movie left off, with the horrific Chlorophyll Monster on a rampage aboard a yacht. Sole survivor of the carnage, the heroic Dr. Foster now realizes that his job of making the island safe for the native villagers has only just begun.

Dr. Lorca captures the Chlorophyll creature and keeps him under control by separating its head from its body. He taunts the still-living head until it seethes with a lust for revenge. Dr. Foster's army meets Lorca's henchmen in a climactic battle royale, with the roaming, headless body of the monster adding yet more mayhem to the action-packed mix!


Severin Films' outstanding BLOOD ISLAND COLLECTION is now available wherever discs are sold and ranges from $56 - $64. You can pick your very own copy of this Special Edition set now from AMAZON, BULLMOOSE, DIABOLIK DVD, or directly from SEVERIN FILMS. However, if for some reason you don't want the complete set, you can order each film separately (except for BEAST OF BLOOD because it is a box set exclusive)!

I should also note that Severin Films is also offering up a limited number of $75 BLOOD OATH BUNDLES which contain the complete boxed set, plus a smattering of other cool extras including:A Blood Island Treasure Map, "The Beast" enamel pin, a "Beast of Blood" swizzle stick, a set of 4 "Blood Beast" drink coasters, and a "Blood Oath" recipe card! If this sounds too good to pass up, CLICK HERE to get your claws on one of these Blood Oath Bundles ASAP!

Posted by The Vault Master at 2:01 AM