Now Available on Blu-ray From Scream Factory: I AM FEAR and RADIOFLASH! 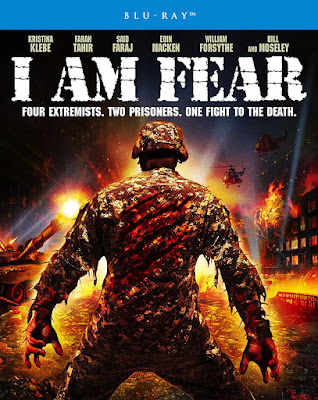 I AM  FEAR is the latest production from Shout! Factory's production arm Shout! Studios, makers of such fine Scream fare like FENDER BENDER, ITSY BITSY, and the Soskas' RABID remake! This movie appears to be a supernatural Horror film disguised as a thriller involving a terrorist sleeper cell!

RADIOFLASH is an IFC Midnight title, that follows a father-daughter duo as they make their way to safety into the wilderness, while the rest of society tears itself apart after an electro-magnetic pulse knocks out the electricity in the Western half of the U.S.! If either of these films sound intriguing, then by all means continue onward to get the full details of both of these new Scream Factory releases!

Before their plans are completed, however, secrets will be brought to light, and the true face of terror will be revealed. Co-starring William Forsythe (THE DEVIL'S REJECTS, HALLOWEEN), Eoin Macken (RESIDENT EVIL: THE FINAL CHAPTER, The Night Shift), and Bill Moseley (NIGHT OF THE LIVING DEAD 1990, THE TEXAS CHAINSAW MASSACRE PART 2), this riveting thriller is a twisting and jolting journey into ever deepening levels of fear.

Extras:
Scream Factory's I AM FEAR is currently available wherever Blu-ray discs are sold, and should cost between $16 - $20! Give this new Shout! Studios release a shot and pick up a copy from AMAZON, BULL MOOSE, or directly from SHOUT! FACTORY. 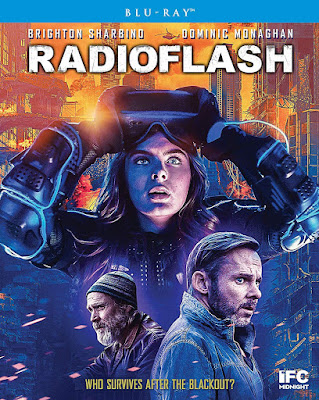 Synopsis: Teenager Reese (Brighton Sharbino - The Walking Dead) has a love for virtual reality roleplaying and a knack for beating even the toughest survival games. But when a nuclear strike causes an electromagnetic pulse that cuts off all power, water, and communication to the entire western United States, Reese finds herself plunged into an all-too-real fight to survive.

As pandemonium grips her city, Reese and her father (Dominic Monaghan - THE LORD OF THE RINGS series) set out on a desperate journey in search of safety — a perilous trek through a world gone mad where every encounter with a stranger could be their last. Propelled by the ingenuity and resilience of its young heroine, RADIOFLASH is a harrowingly unpredictable apocalyptic thriller that speaks to our precarious present.

Extras:
Ack! RADIOFLASH (much like I AM FEAR) is a bare bones affair, and should cost you between $18 - $19! If survival thrillers and/or apocalyptic flicks are your thing, then pick up a copy today from AMAZON, BULL MOOSE, or SHOUT! FACTORY.