Warner Bros. Releasing a King's Ransom of Horror Just in Time for the Halloween Season!

I find it very hard to believe that physical media is dying out! Companies like Synapse, Scream Factory, Shout! Factory, Shout Select, Arrow Video, Code Red, 88 Films, and Lionsgate's newly minted Vestron Collector's Series, keep churning out high quality Horror, Cult, and Exploitation releases, boasting 2K or 4K transfers, and loads of special features! If anything, we are clearly entering a Renaissance of physical media, and I for one am embracing it!

Yes, it truly seems like everyone is cleaning out their vaults and jumping in on the action, including Warner Bros.! Just in time for our favorite holiday, WB is finally getting around to releasing a few sought after titles on DVD & Blu-ray! Most notably, they've just released three films adapted from the works of Stephen King, namely SALEM'S LOT (completely uncut!), CAT'S EYE, and STEPHEN KING'S IT!

These discs are currently available at Best Buy, Barnes & Noble, Diabolik DVD, and various other stores. (But not Amazon... yet!) At roughly ten bucks apiece, it's a no-brainer to consider these titles for your personal collections! 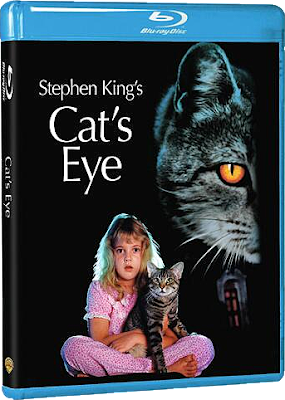 The staff at Quitters Inc. promises to help nicotine fiend Dick Morrison (James Woods) kick the habit. Next, a luckless gambler (Robert Hays) is forced into a bet involving a stroll around a building – on the five-inch ledge encircling the 30th floor.

Finally, our wayfarer kitty rescues a schoolgirl (Drew Barrymore) from a vile, doll-sized troll! And be sure to keep an eye out for cameos by Cujo and Christine! 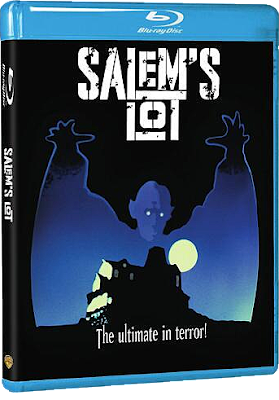 See this classic made-for-TV miniseries fully uncut for the first time in HD! 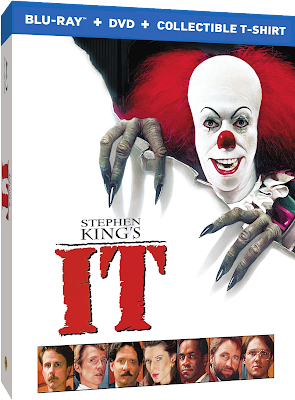 Film Synopsis: IT can be anything. A fanged monster that won't stay on the movie screen. Something ominous lurking in the basement. No matter what your biggest fear is, no one knows IT better than Stephen King.

Based on the King Of Horror's 1986 bestseller, IT is a jittery, jolting excursion into personal fear. A malevolent force in a small New England town takes the shape of a clown named Pennywise (Tim Curry), but he's not clowning around!

Instead, he terrifies youngsters and brings some to their untimely doom - until some wily kids fight back. The evil resurfaces 30 years later: meaner, angrier, deadlier. And friends who vividly remember youthful terrors reunite to fight IT. 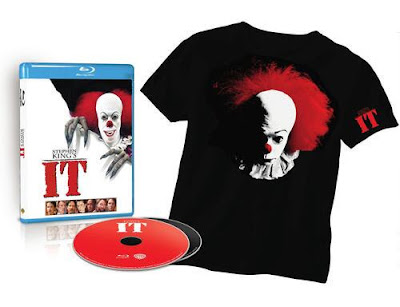 OTHER GENRE TITLES COMING TO THE WARNER BROS. ARCHIVE COLLECTION ON SEPTEMBER 27TH!

THE 7TH VICTIM / SHADOWS IN THE DARK

HOLLYWOOD LEGENDS OF HORROR COLLECTION (DOCTOR X, THE RETURN OF DOCTOR X, MARK OF THE VAMPIRE, MASK OF FU MANCHU, MAD LOVE, and THE DEVIL DOLL.)

ISLE OF THE DEAD / BEDLAM

THE LEOPARD MAN / THE GHOST SHIP

Posted by The Vault Master at 3:14 AM