Celebrate the 30th Anniversary of ALIENS with a "new" Blu-ray release! 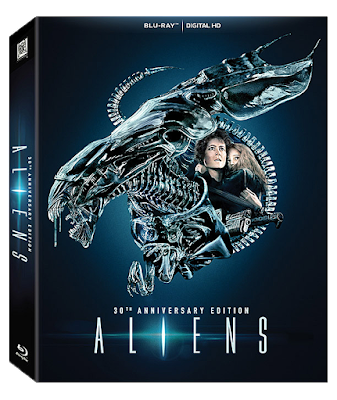 I already own the ALIEN franchise on Blu-ray, so I'm not "upgrading" this time around. However, if you find yourself missing this essential sci-fi actioner from your collection, then what are you waiting for?!

Film Synopsis: James Cameron directed this critically acclaimed sequel starring Sigourney Weaver as Ellen Ripley, the sole survivor of the Nostromo’s deadly encounter with the monstrous Alien. After drifting through space in hypersleep for 57 years, Ripley returns to Earth, haunted by nightmares of the past. Although her story is initially met with disbelief, she agrees to accompany a team of Colonial Marines back to LV-426... and this time it’s war! 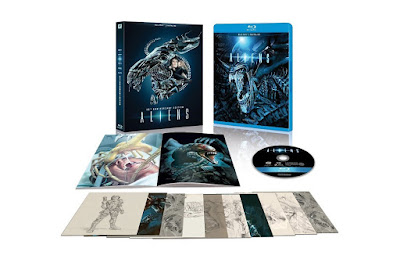 Aside from the new cover art, collectible cards and comic, and new featurette, this is the same exact ALIENS Blu-ray that you've seen before. Still, if you (for some crazy reason) do not own this movie, then by all means pick up the 30th Anniversary release of ALIENS! You can order it now (rather affordably) at AMAZON.COM, and have it by next week! CLICK HERE TO ORDER IT!

Before you go, scope out this kick-ass tribute to ALIENS from Jo-Blo.com, and remember why you love this movie so damned much!