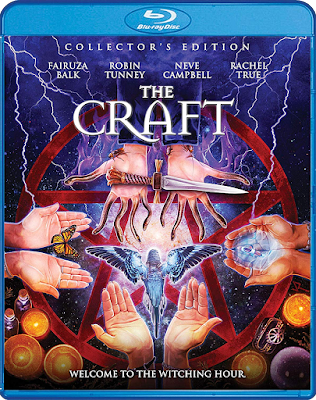 SCREAM FACTORY UNLEASHES A COVEN OF WITCHES AND AN EXPERIMENTAL HELL-HOUND ONTO BLU-RAY THIS WEEK!

I haven't seen THE CRAFT in years but recall liking it enough to watch it repeatedly on cable back in the late 90s. (Might have had something to do with a few of the actresses in the film.) MAN'S BEST FRIEND is a guilty pleasure from the same era that I discovered on VHS when I was a kid. And naturally, I wouldn't mind adding both to my movie collection!

Synopsis: Sarah has always been different. So as the newcomer at St. Benedict's Academy, she immediately falls in with high school outsiders. But there's something different about her new friends, and it's not just that they won't settle for being a group of powerless misfits. They have discovered The Craft ... and they are going to use it.

Extras:
Scream Factory's Collector's Edition of THE CRAFT is currently available wherever Blu-ray discs are sold and it should cost between $25 - $30. Order yourself a copy now from AMAZON, BULL MOOSE, DIABOLIK DVD, or directly from SHOUT! FACTORY. 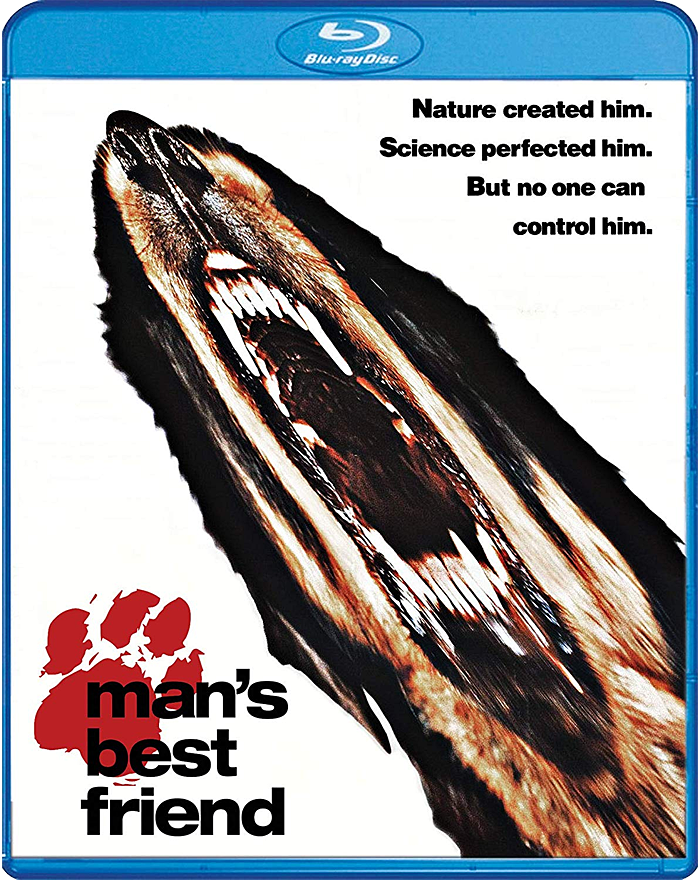 Synopsis: Pulse-pounding action and spine-chilling thrills put the bite into this sci-fi shocker starring Ally Sheedy (SHORT CIRCUIT, X-MEN: APOCALYPSE, THE BREAKFAST CLUB) and Lance Henriksen (ALIENS, PUMPKINHEAD). When an ambitious news journalist (Sheedy) breaks into a genetic research facility, she uncovers the biggest story of her career and unleashes the lab's most dangerous experiment: Max – a genetically enhanced guard dog with a vicious killer instinct.

Superior sight, hearing, strength, and intelligence make him faster, stronger, and smarter than almost any other animal alive – and deadlier. Without the neuropathic drugs needed to curb his aggressive nature, his predatory urge runs out of control ... and once he tastes blood, nothing can stop him.

Extras:
MAN'S BEST FRIEND makes its Blu-ray debut with a new transfer and director's commentary, and can be yours for $24 - $26! Order yourself a copy today from AMAZON, BULL MOOSE, DIABOLIK DVD, or directly from SHOUT! FACTORY.