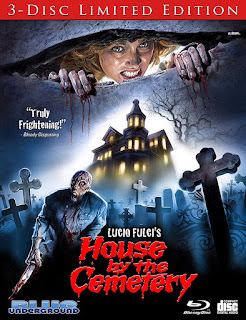 As January 2020 heads towards it's conclusion, we get a slight reprieve this week. The release slate of new DVDs, Blu-rays, and 4K Ultra HD discs isn't very big - probably because our pals at Scream Factory and Arrow Video seem to have taken a week off. And honestly that's not a bad thing because February is shaping up to be a really expensive month!

Kino Lorber Studio Classics has the most new releases today with their new Blu-rays of HIGH-BALLIN', SEMI-TOUGH, TOBRUK, ULTZANA'S RAID, and THE WAR LORD, and VCI is a close second with their new releases of THE PHANTOM CREEPS and GORDON OF GHOST CITY serials, as well as their new 25th Anniversary double feature of MOMMY & MOMMY 2!

Universal brings KITTEN WITH A WHIP to Blu-ray for the first time along with last year's horror flop COUNTDOWN, Lionsgate debuts Kevin Smith's JAY & SILENT BOB REBOOT, and for fans of "zombedy" flicks, you get your choice of ZOMBIELAND 2: DOUBLE TAP and last year's LITTLE MONSTERS (Region A Import) which features Lupita Nyong'o and Josh Gad!

But this week's big winner simply has to be Blue Underground's stellar 3-Disc Limited Edition Blu-ray of Lucio Fulci's HOUSE BY THE CEMETERY! The final portion of The Maestro's GATES OF HELL TRILOGY boasts a new 4K scan, a bunch of new extras, and a soundtrack CD! It goes without saying that if you're a fan of Fulci, or a fan of Italian Horror in general, you absolutely need this release in your collection!

The remainder of this week's slim pickings is made up of direct-to-DVD junk and anime (as usual) - to see the full list just continue scrolling!

Posted by The Vault Master at 1:33 AM