Hey Vault Dwellers! I received an e-mail today from Screen Archives Entertainment, letting me know that they have a limited supply of some Code Red and Scorpion Releasing titles. There's a lot of stuff here that I'd love to add to my collection, but since my expendable income is at an all-time low, I cannot afford to pick up any of these discs. (Which average about $25 - $30 apiece.)

So with me out of the running to add any new Cult, Horror, or Exploitation titles to my "wall o' movies," that leaves plenty for the rest of you fellow collectors! To see what Screen Archives is offering up, just scroll down and click on the handy links to to be whisked over to their online store if you see anything that catches your eye! 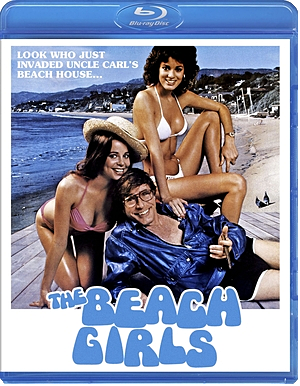 BLACK CANDLES (1982)
It's a stew of satanic sex when Carol and her boyfriend Paul travel to England after the unexpected death of her brother. Once there she finds out her sister-in-law is involved in a secret cult, and Paul might be getting pulled into their lusty web of diabolical destruction. Also known as "Hot Fantasies," this cult film from Euro horror icon Jose Ramon Larraz (VAMPYRES, SYMPTOMS, THE HOUSE THAT VANISHED) will seduce you in luscious HD with all of its shocking, goat-abusing thrills intact!

BLACK GESTAPO (1974)
General Ahmed (ROD PERRY, TV's S.W.A.T) has started an inner-city People's Army to try and relieve the misery of the citizens of Watts. When the locals are put under increasing pressure by Mafia thugs, Ahmed's second-in-command Colonel Kojah (CHARLIE ROBINSON, TV's Night Court, SUGAR HILL) asks for permission to start a protection squad to take more direct action. Ahmed fears this protection squad will just turn into a vigilante mob, and his prediction soon proves correct. Will Ahmed be able to wrest control back from the power-mad Kojah, or will he be the mob's next victim? Throw away all those PD bootlegs, watch this classic from the original camera negatives in HD!

BLOODTHIRSTY BUTCHERS (1970)
Legendary bargain-basement filmmaker Andy Milligan tries (and fails) yet again to pull off a period horror piece, this time applying his trademark touch to the legend of Sweeney Todd. Viewers are thus presented with Victorian England, Milligan style -- replete with thrift shop costumes! As in the oft-told tale, the infamous "Demon Barber of Fleet Street" slashes his customers into cutlets, providing a local baker with yummy filling for his popular meat pies. When their scheme is undone by the lady friend of a recent victim, they eventually turn on each other. 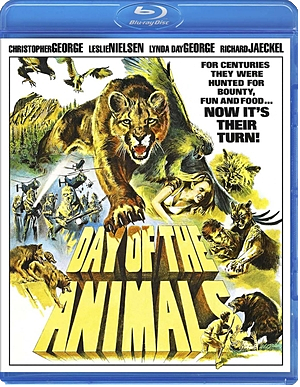 DAY OF THE ANIMALS (1977)
Scientists warn that the depletion of the earth's ozone layer is reaching critical levels, particularly in higher altitudes. How critical? Enough to unleash the vengeful wrath of the entire animal kingdom! No human is safe, particularly a group of nature-loving hikers made up of Leslie Nielsen (THE NAKED GUN, AIRPLANE), Richard Jaeckel (GRIZZLY), Jon Cedar (THE MANITOU), Lynda Day George, PIECES), and their guide (Christopher George, GRIZZLY, MORTUARY). Together, they are constantly menaced by every conceivable mountain-dwelling creature: Dogs, rats, snakes, hawks, owls, mountain lions and bears are out to send a clear message about chlorofluorocarbon abuse.

DEVIL TIMES FIVE (1974)
Five children crawl from the wreckage of a deadly van accident in a snowy canyon. The juvenile survivors (including teen heartthrob Leif Garrett) seek shelter at a secluded mountaintop winter home occupied by a rich businessman (Gene Evans) and his friends (including Sorrell Booke, Boss Hogg from TV's Dukes Of Hazzard and Shelly Morrison of Will & Grace). Soon, strange mishaps occur and the group is stranded without electricity and telephones. One by one, the adults begin to fell prey to a series of shocking and violent deaths!

THE FOREST (1980)
Two couples plan a trip into the forest. But they didn't count on a killer on the loose with a taste for human flesh! Haunted by the ghosts of his children, the killer is eventually double-crossed as the ghosts of his children come to the aid of the campers in this unique entry into the killer-in-the-woods genre. From 70's exploitation director Don Jones (LETHAL PURSUIT, SCHOOLGIRLS IN CHAINS), featuring cult star Gary Kent (SATAN'S SADISTS, THRILL KILLERS), Stafford Morgan (LEGEND OF BIGFOOT) and Corky Pigeon (TV'S Silver Spoons). Now see this slasher classic from a brand new 2k scan!

GIRLY (1969)
Two-time Oscar-winning cinematographer Freddie Francis (Glory, The Elephant Man) steps into the director's chair to tell the bizarre tale of Girly a killer black comedy unlike any other! In a large mansion outside of London, an eccentric family lurks: Girly, a flirtatious schoolgirl with eyes of fire; Sonny, her mischievous brother; Nanny, the house's caretaker; and Mumsy, the family matriarch. This quite unusual family is far more dangerous than you can imagine! Any man who enters the house never comes out, as they are sucked into a blood-curdling game with children! The arrival of a new plaything (Michael Byant, THE RULING CLASS) sends the group into whirlwind, as he intends to survive by any means necessary! 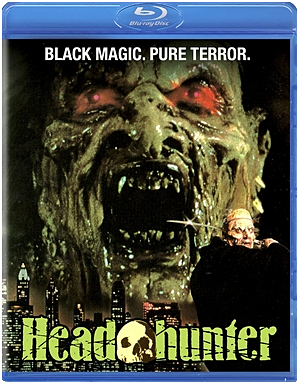 THE JIGSAW MURDERS (1988)
Chad Everett and Yaphet Kotto star in this exciting thriller! Detective DaVonzo (Everett, Medical Center, Fever Pitch) and his young partner Elliott are putting together a murder mystery with the help of a jigsaw puzzle... but will all the pieces fit together in time to save DaVonzo’s daughter (Michelle Johnson, BLAME IT ON RIO, WAXWORK)? Directed by Jag Mundhra (NIGHT EYES, LAST CALL), this riveting thriller will keep you guessing!

A LONG RIDE FROM HELL (1969)
When some badly dubbed bad guys rob a shipment of gold from a railroad company, Mike Sturges (Steve Reeves of Hercules fame) and his brother are framed for the crime. Thrown into the hellish Yuma State Prison, the brothers are forced to work hard labor. The is so intense that Mike's brother ends up dead, nailed to a cross! Mike escapes from prison and goes after the bad guys who framed him, and to also settle the score against the prison gaurd (Nello Pazzafini) who was responsible for his brother's death. It's hot times in Yumatown tonight! The wild west will never be the same as muscles vs. pistols in this action-packed spaghetti western!

LORD SHANGO (1974)
In this atmospheric blaxploitation classic, a wrong Christian mother turns away from her faith to a more ancient religion and summons a tribal priest to avenge her teenage daughter. Rarely seen since its original release, this striking blend of folklore, African traditions, and supernatural menace stars cult icon Marlene Clark (NIGHT OF THE COBRA WOMAN, GANJA AND HESS, ENTER THE DRAGON), and now comes to Blu-ray for the very first time! 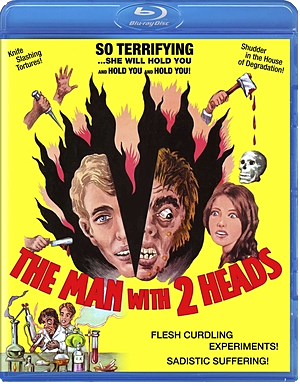 THE MAN WITH TWO HEADS (1974)
Dr. William Jekyll (Denis de Marne) is a brilliant scientist whose revolutionary theories on the nature of human evil have earned him derision from the more conservative corners of his profession. The devoted doctor has developed a serum that isolates and identifies the part of the brain that produces violent behavior, and is working on another chemical that will block all antisocial desires, effectively curing evil once and for all. Of course, something goes wrong, and the crusading doctor is transformed into Mr. Blood, a sadistic, lustful creature with grey-green skin and ferocious eyebrows. Jekyll remembers nothing after recovering from his fits of violence, but his sister, fiancee, and the students he teaches all notice that his behavior is becoming very strange. The doctor's evil alter ego begins surfacing uncontrollably and at random, threatening the safety and sanity or his loved ones, as well as Jekyll himself.

MARK OF THE WITCH (1970)
A college co-ed attends a class on the occult and ends up possessed by a 17th-century witch who seduces the girl’s lover (who is also teaching the course). She then goes on a murderous rampage to get revenge on the descendant of the man who persecuted her in this taut 70’s horror movie.

MY TUTOR (1983)
Bobby Chrystal and his friends Billy and Jack are three rambunctious high school seniors looking for love. It seems everything leaves them, well, unfulfilled. Jack is chased out of a whorehouse by a vicious dominatrix, Billy is almost beaten to a pulp after hitting on some female mud wrestlers, and Bobby ends up making his getaway when the girl he's making out with is paid a surprise visit by her motorcycle gang boyfriend. All that cruising leaves little time to study, and Bobby flunks French. His hopes of attending Yale seem lost until shapely, blonde beauty Terry Green is hired to teach him the language of love. Before you know it, verbs turn into urges, and she ends up teaching him more than how to structure a sentence. 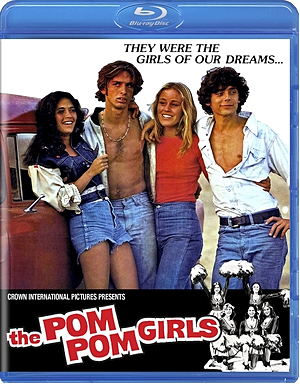 THE POM POM GIRLS (1976)
Forget your troubles and swing into action with the beautiful pom pom girls in this fast-paced story about high school seniors enjoying a final fling before graduation. The carefree and scandalous antis of these kids indulging themselves before they enter adulthood is pure spontaneous fun. Will the handsome womanizer Jesse win over radiant pom pom girl Laurie? Will the kids' crazy antics get them in trouble? Will the delectable pom pom girls get their kicks? It's a classic youth-gone-wild pleasure-fest.

SAVAGE ATTRACTION (1983)
Based on a shocking true story! In 1980s Australia, Young runaway Christine (Kerry Mack) is dragged into a whirlpool of psychological terror when she marries a coworker, Walter (Ralph Schicha), who turns out to be a modern-day Nazi. Pregnant and facing life-threatening complications, she's caught up in a wave of crime and deception when she accompanies him to Germany and becomes a hostage in a nightmare from which there may be no escape.

TORTURE DUNGEON (1971)
Cult filmmaker Andy Milligan is best known for extreme, unconvincing gore and the odd habit of making British-set costume dramas on location. This one is a gruesome re-working of TOWER OF LONDON with Jeremy Brooks as the mad Duke of Norwich, who murders and tortures his competitors to the English Throne. The acting is typical of Mulligan's films, which is to say horrid, and the bloody highlights include a pitchfork impalement and rattlesnake torture. Advertisements promised that the film was shot in "dripping blood color," but the tacky school-play costumes and sets do not benefit from this alleged process. You can even see the water tower in the background!

ATOR (1982)
Miles O'Keefe stars as Ator in the first of four films featuring the muscle-bound Ator character! In his first adventure, Ator, son of Thorn, is destined to put an end to the dynasty of the Spider! He must rescue his sister from the evil clutches of the High Priest of the Spider (Dakkar). On his way, he learns the secrets of martial arts and befriends Roon (Sabrina Siani), an Amazon thief who joins Ator on the journey to the Temple, along with a baby bear! Together, they conquer danger after danger as they encounter many supernatural villains including witches, dead warriors, and even Ator's own shadows! Their final showdown with the High Priest of the Spider and finally the Spider itself will leave you breathless! 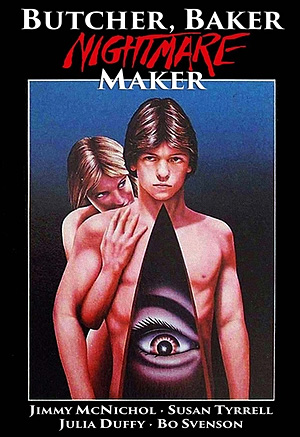 SATAN'S SLAVE (1976)
A young girl (Candace Glendenning, TOWER OF EVIL, FLESH AND BLOOD SHOW) moves in with her uncle Alexander (Michael Gough, BATMAN, BERSERK, KONGA) after her parents' car mysteriously explodes. After being taken in by her cousins, she soon begins suffering strange visions. But what she doesn't know is that her planned role in the house is more sinister than she could have expected. Starring horror icon Michael Gough and Martin Potter (GOODBYE GEMINI) and directed by cult director Norman J. Warren (TERROR, INSEMINOID), Scorpion Releasing proudly presents the complete uncut version for the first time anywhere in the world in its original scope ratio!

Posted by The Vault Master at 2:54 AM