HOWLING III, THE PLAGUE OF THE ZOMBIES, and SATURDAY THE 14TH All Come to Blu-ray on January 15th! 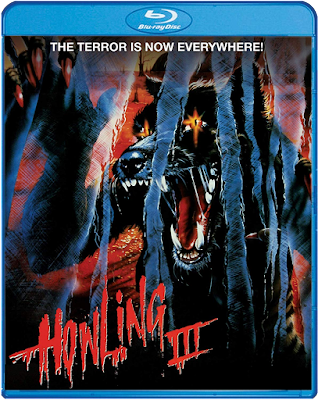 Scream Factory's first quarter release slate is impressive to say the least! And though Scream Factory's prices have gone up noticeably (a point of contention with many fans & collectors) it'll be hard not to buy some of these new titles!

Next Tuesday be on the lookout for the totally absurd HOWLING III, which features Australian Marsupial Werewolves with Epilepsy, PLAGUE OF THE ZOMBIES, a classic Hammer Horror flick featuring black magic and the undead, and also SATURDAY THE 14TH, a low-budget 80s Horror spoof filled with rubber monsters! To learn more about this trio of new Scream Factory Blus, continue onward Vault Dwellers!

Synopsis: The race is on as a colony of marsupial werewolves attempts to outwit and outlast their human counterparts in the offbeat horror film THE HOWLING III. Long ago, the now-extinct marsupial wolf (a.k.a. Tasmanian Tiger) roamed the Australian Outback.

Today, a werewolf colony that has descended from these marsupials has taken over the land. This race of human-like creatures roams the outback, preying on the unsuspecting to feed their growing numbers. The race for survival is on as the humans struggle to contain these out of control creatures.

Extras:
This strange HOWLING sequel (that I lovingly refer to as the "TROLL 2 of the HOWLING franchise") will be available on Tuesday, January 15th and will cost approximately $24. Order a copy now from AMAZON, BULL MOOSE, DIABOLIK DVD, or directly from SHOUT! FACTORY. 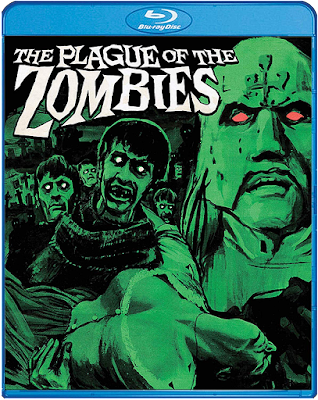 Synopsis: In a remote 19th-century Cornish village, an evil presence lurks within the darkness of the witching hour. A mysterious plague relentlessly consumes lives at an unstoppable rate. Unable to find the cause, Dr. Peter Tompson enlists the help of his mentor, Sir James Forbes.

Desperate to find an antidote, they instead find inexplicable horror: empty coffins with the diseased corpses missing! Following a series of strange and frightening clues, they discover a deserted mine where they discover a world of black magic and a doomed legion of flesh-eating slaves ... the walking dead!

Extras:
THE PLAGUE OF THE ZOMBIES also comes to Blu-ray on January 15th and costs $24! Order this Hammer Horror classic now from AMAZON, BULL MOOSE, DIABOLIK DVD, or directly from SHOUT! FACTORY. 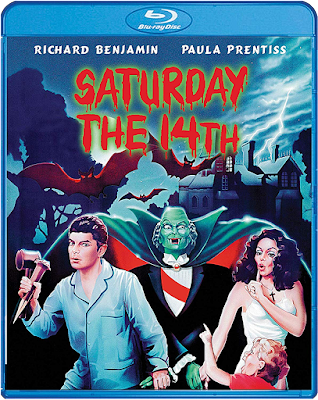 Synopsis: It's the second unluckiest day of the year. Pennsylvania is beginning to look a lot like Transylvania in the horror spoof SATURDAY THE 14TH! John (Richard Benjamin - LOVE AT FIRST BITE) and Mary (Paula Prentiss - THE STEPFORD WIVES) can't believe their good fortune when they inherit the vast estate of John's recently departed uncle.

Sure, it's a fixer-upper. But there's nothing that can't be taken care of with a fresh coat of paint, a little dusting ... and maybe an exorcist! It turns out that they've just moved into the most eerie house in Erie, PA — and one that some loathsome looky-loos are simply dying to take off their hands! Monsters, mayhem, and mirth descend upon the house — and only a mysterious book can save this everyday normal family from Saturday's paranormal activity.

Extras:
SATURDAY THE 14TH can be yours on January 15th for the cost of $23! To secure yourself a copy, order it now from AMAZON, BULL MOOSE, DIABOLIK DVD, or directly from SHOUT! FACTORY.