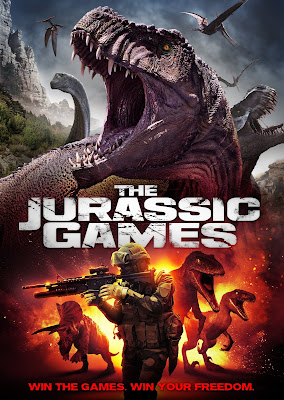 When I first saw the press release for THE JURASSIC GAMES I rolled my eyes, assuming that this was just another cash-in from the folks at The Asylum. However, my tune immediately changed when I discovered that this movie was directed by Ryan Bellgardt, the man behind the brilliantly insane indie time-travel Horror-Comedy ARMY OF FRANKENSTEINS. I adore Bellgardt's ARMY, so I am ready and willing to give THE JURASSIC GAMES a look now that it is available to stream instantly!

Synopsis: Every year, ten of the world’s most lethal Death Row criminals are chosen to compete for their freedom in THE JURASSIC GAMES, a television show where contestants must survive against a variety of ferocious dinosaurs. The players all die gruesomely in the game zone except for one, the last one standing, the winner, who is granted not only his/her freedom, but fame and fortune! Survive the dinosaurs. Survive each other. Survive… THE JURASSIC GAMES.

THE JURASSIC GAMES is the third film from Emmy Award-winning director Ryan Bellgardt (GREMLIN, ARMY OF FRANKENSTEINS), and stars Ryan Merriman (FINAL DESTINATION 3) and Perrey Reeves (Entourage, CHILD'S PLAY 3). The film imagines a world set in the near future where convicts are chosen to compete in the ultimate virtual reality game show that pits its players against dinosaurs and each other. However, there is a catch: If you die in the virtual game, you also die in the real world!

And for Anthony Tucker (Adam Hampton), survival is his one chance to be reunited with his children after having been wrongfully imprisoned for the murder of his wife. As the devious The Host continues adding improbable challenges, the characters will find the odds stacked against them as only one victor can emerge as winner and reclaim their freedom. 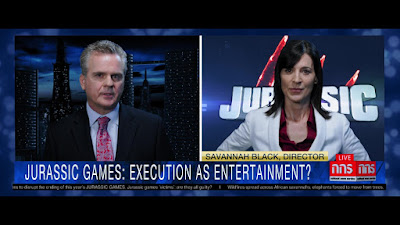 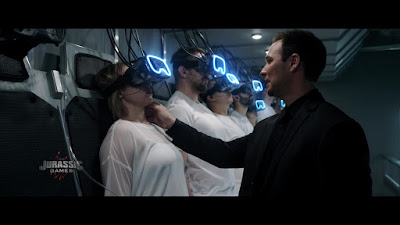 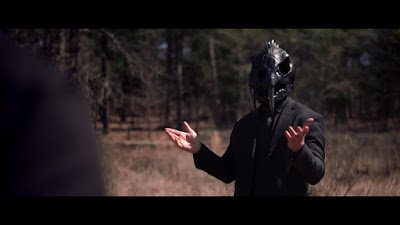 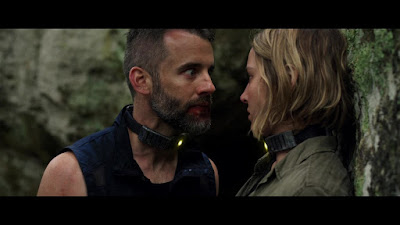 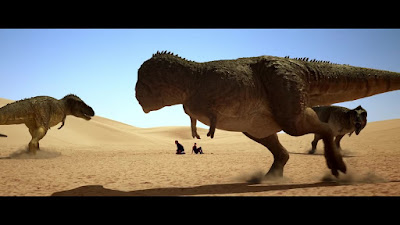 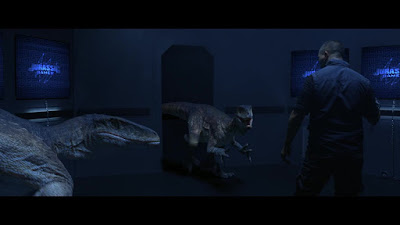 THE JURASSIC GAMES is now available to rent or buy on AMAZON INSTANT VIDEO, and will be released on DVD and Blu-ray on Tuesday, July 3rd! The disc will come with director's commentary, deleted scenes, and a behind-the-scenes montage as extras, and should cost between $12 - $18 depending on what format you choose!

Posted by The Vault Master at 1:53 AM