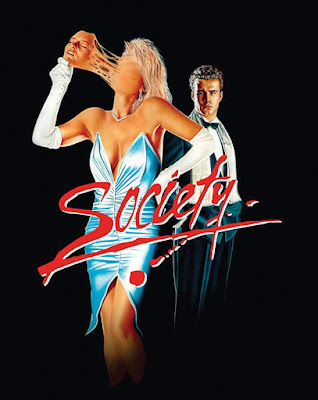 STOP SHUNTING AND GET ARROW'S LIMITED EDITION "SOCIETY" STEELBOOK BEFORE IT'S GONE!

This is the third time Arrow Video has released SOCIETY, and the only thing that sets it apart from the single-disc Special Edition is the packaging. So unless you are a hardcore collector of Steelbook releases, or don't already own this movie, you may just want to let this disc slip on by.

Synopsis: After producing Stuart Gordon’s hit Re-Animator, Brian Yuzna (Bride of Re-Animator, Return of the Living Dead III) turned his hand to directing with 1989’s Society, and gave birth to one of the ickiest, most original body horror shockers of all time.

Packing stomach-churning gore and thought-provoking social commentary in equal measure, Society is a biting horror satire which culminates in one of the most gag-inducing “climaxes”’ in all of horror history.

Extras:
This steelbook release of SOCIETY is currently available at most retailers, including AMAZON, BULLMOOSE, and DIABOLIK DVD! Get yours before this limited edition title goes out of print!