SNOW GIRL AND THE DARK CRYSTAL coming to DVD & Blu-ray on August 4th! 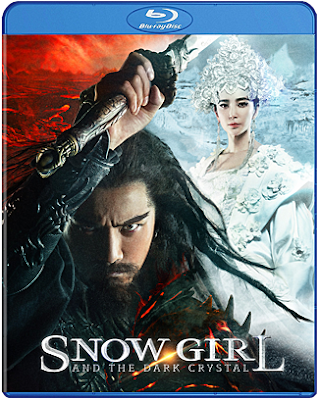 I don't know about you, but I'm a total sucker for Asian fantasy and adventure flicks! And seeing as how this one is a love story, I could probably even get my significant other to sit down and watch it with me!

Shot in scenic locations in Mainland China, and featuring “a story filled with its fair share of demons, monsters, magic and mystics, coupled with romance, danger and spectacular action,” (Film Combat Syndicate), SNOW GIRL AND THE DARK CRYSTAL depicts legendary hero Zhong Kui, a fabled warrior with mysterious powers, who is forced to conquer the realms of Heaven and Hell to save his people and the woman he loves.

The film stars Chen Kun (YOUNG DETECTIVE DEE: RISE OF THE SEA DRAGON, FLYING SWORDS OF DRAGON GATE) as the mythic demon hunter, and Li Bingbing (TRANSFORMERS: AGE OF EXTINCTION, DETECTIVE DEE: MYSTERY OF THE PHANTOM FLAME) as the alluring snow demon with whom he falls in love.


Check out the trailer now!


Bonus content on this release will include the film's original theatrical trailer, and a handful of making-of featurettes about the film's music and special effects. SNOW GIRL AND THE DARK CRYSTAL is available on August 4th in all formats. Order your copy now from Amazon.com on DVD or BLU-RAY!

Posted by The Vault Master at 1:21 AM