VOORHEES Promises to be the "Darkest" and "Most Sadistic FRIDAY THE 13TH" Fan Film Yet! 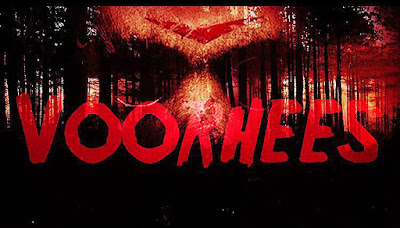 About two weeks ago, I posted about a top-notch FRIDAY THE 13TH fan film called NEVER HIKE ALONE. In that post, I commented that fans are keeping our Horror icons alive while major studios either have mothballed them, or continue to make lackluster prequels and reboots featuring the cinematic boogeymen we love. Which brings me to a new fan film that's in the works...

What initially started as an idea for a FRIDAY THE 13TH short film has grown into a feature-length independent production that I'm very much looking forward to. While Sean S. Cunningham and Victor Miller continue to battle over the rights for my favorite slasher franchise, executive producer Chris Plaushin & Director Cody Faulk are bringing the Crystal Camp slayer back from limbo in VOORHEES!

Synopsis: VOORHEES takes place at and around the old grounds of Camp Crystal Lake. The individuals who we follow are not Summer campers. Far from it. They have found their way to this place in the woods for a much darker purpose, seeking temporary sanctuary from the world.  They foolishly decide to examine the abandoned camp, completely unaware that they are about to get an education in true terror, and learn the name of the most infamous killer in cinema history!

So Jason's victims aren't campers, and are hiding out at Crystal Lake for a "darker purpose?" What could it be? Well, don't ask me because I have no clue, and director Cody Faulk is remaining mum on the subject as well. What I do know is that VOORHEES is still in production, and the cast & crew need our help to finish the film!

While much of the principle photography is completed, a good chunk of the movie still remains unfilmed. Funds are also needed to bolster the film's bloody practical f/x, and cover post-production costs (editing, sound effects, music, etc.), as well as backer rewards for everyone that donates to VOORHEES' Kickstarter campaign.

And now it's time for yours truly to ask all of you Vault Dwellers to support this indie film project. Please consider making a monetary pledge toward the completion of VOORHEES. But if you don't have any expendable income at the moment, then please share the Kickstarter page around on social media so that other interested parties may chip in a few bucks.

As of my posting this, Cody and his team still have a month left to raise approximately six-thousand dollars, and there's some very cool rewards that come with being a backer, including: T-shirts, DVDs, posters, hockey-mask replicas, a machete prop from the set, producer credits, and more!

For updates on the production, and to see the latest behind the scenes stills & videos, be sure to join the VOORHEES Facebook Group. And to fill you in on anything I missed, here's Cody Faulk himself to tell you more about his upcoming film:


UPDATE (02/01/2018): Cody and his team have surpassed their crowdfunding goal! Now comes the wait! Stay tuned for further updates!

Posted by The Vault Master at 3:22 AM