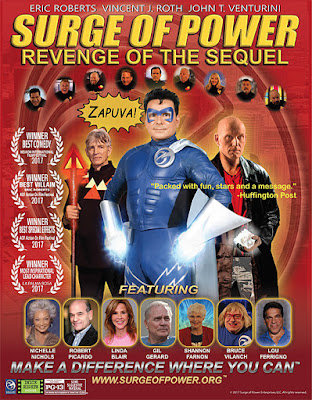 UPDATE (03/23/2018): SURGE OF POWER: REVENGE OF THE SEQUEL is now available on DVD, Blu-ray, and Amazon Instant Video (as well as Google Play and YouTube).

Over a decade after SURGE OF POWER: THE STUFF OF HEROES was released, its sequel has surfaced and is getting a limited theatrical run. But the most shocking thing about this new indie superhero franchise isn't the fact that its protagonist is a homosexual. No, it's the insane number of celebrities that took part in this production!

Some hail from Star Trek, Battlestar Galactica, the never-released FANTASTIC FOUR movie, TV's Incredible Hulk, Gilligan's Island, Buck Rogers in the 25th Century, and more! At the very least, SURGE OF POWER: REVENGE OF THE SEQUEL has gained my curiosity because no other film on Earth (to my knowledge) features cameos by both "The Soup Nazi" AND Kato Kaelin!

Synopsis: Surge's nemesis, the Metal Master, is out of jail and trying to reconcile with his estranged parents (Blair, Gerard) and tempted to continue a life of crime by Augur (Roberts), archnemesis of the wise Omen (Nichols, Picardo).  Augur sends Metal Master to Las Vegas for mysterious crystals.

Needing more crime fighting help, Surge activates the artificial intelligence in the Surgemobile (Vilanch, Farnon). Augur emerges from the shadows back in Big City, causing Omen to step into the fray, which alerts The Council, a supervillain cabal bent on world domination.  Facing more enemies than ever before, Surge must do whatever it takes to save mankind! 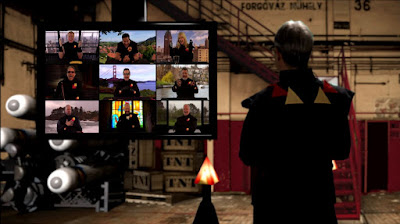 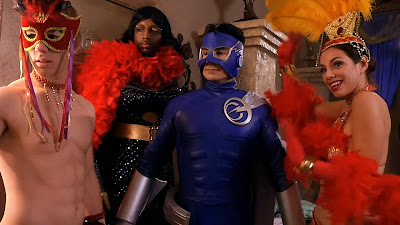 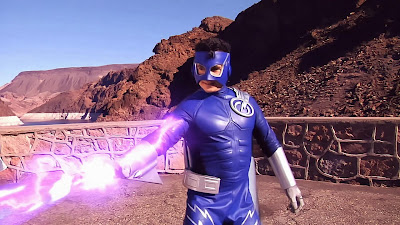 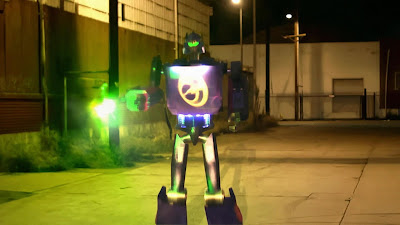 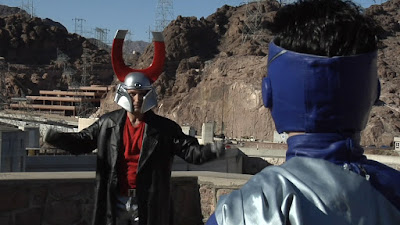 As of our posting this news, SURGE OF POWER: REVENGE OF THE SEQUEL is currently playing in Los Angeles, and will  expand to New York on January 19th. (As an added bonus, Vincent Roth will introduce the screenings on the Friday, Saturday and Sunday of each opening.)

Posted by The Vault Master at 3:24 AM