ON FEBRUARY 7TH, ESCAPE FROM PRISON, FLEE FROM TERRORISTS, AND SOLVE SOME MURDERS WITH UMBRELLA'S NEWEST DVD RELEASES!

February is a bit of a light month for our friends at Umbrella Entertainment, with only a handful of titles of interest for you Vault Dwellers! First up is a new Cambodian action flick called JAILBREAK, which features a special task force that gets trapped within a prison that has just been taken over by the inmates!

On the Ozploitation front, is RUN CHRISSIE RUN!, in which a woman and her mother become the targets of international terrorists! Finally, there's THE CHAMPAGNE MURDERS, featuring Anthony Perkins as a gigolo, who may just be a serial murderer! Please continue reading for more details on these titles, plus a full list of Umbrella's other February releases!

ANNOUNCEMENTS & RELEASE DATE CHANGES:
Check out the trailer below, and look for the new DRIVE-IN DELIRIUM in April! 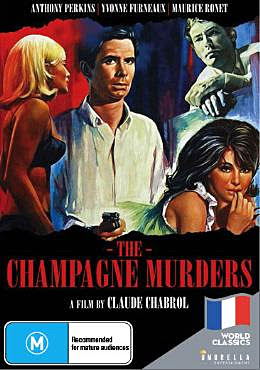 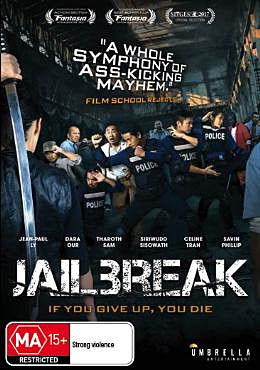 Synopsis: What started as a simple escort mission will soon turn to chaos as the prisoners of Koh Kla take over the prison grounds. A special task force (Jean-Paul Ly, Dara Our, Tharoth Sam) gets trapped in the prison, and will have to fight their way out for survival, to protect a key witness (Savin Phillip). 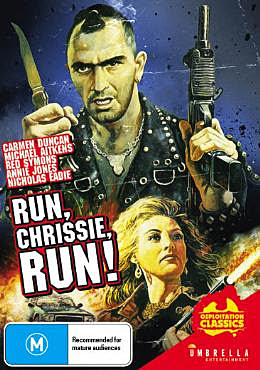 Synopsis: RUN CHRISSIE RUN is a thriiling game of cat and mouse! Chrissie (Annie Jones) and her mother Eve (Carmen Duncan) suddenly become the prey of a group of international terrorists. As they run for their lives, Chrissie learns the terrible secrets of her mother's past, and the shocking identity of her real father.

Posted by The Vault Master at 4:25 AM