NIGHT OF THE LIVING DEAD and THE SILENCE OF THE LAMBS Are Now Proudly Part of The Criterion Collection! 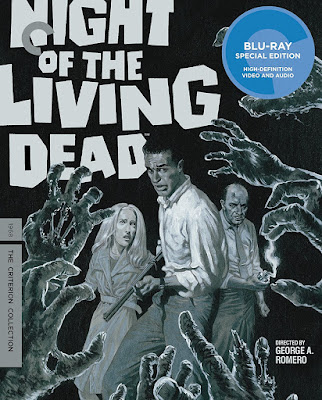 BOTH GEORGE A. ROMERO'S "NIGHT OF THE LIVING DEAD" AND JONATHAN DEMME'S "THE SILENCE OF THE LAMBS" GET 4K MAKEOVERS FROM CRITERION!

The Criterion Collection always sets a high standard for the films they release on DVD and Blu-ray, and their latest discs are no exception! Romero's NIGHT has been completely restored, and comes with a second disc packed with amazing extras (including the NIGHT OF ANUBIS workprint)! THE SILENCE OF THE LAMBS boasts a new 4K transfer with new and archival extras! File both of these under "must own!"

Synopsis: Shot outside Pittsburgh on a shoestring budget, by a band of filmmakers determined to make their mark, NIGHT OF THE LIVING DEAD, directed by horror master George A. Romero, is a great story of independent cinema: a midnight hit turned box-office smash that became one of the most influential films of all time!

A deceptively simple tale of a group of strangers trapped in a farmhouse who find themselves fending off a horde of recently dead, flesh-eating ghouls, Romero's claustrophobic vision of a late-1960s America literally tearing itself apart rewrote the rules of the horror genre, combined gruesome gore with acute social commentary, and quietly broke ground by casting a black actor (Duane Jones) in its lead role. Stark, haunting, and more relevant than ever, NIGHT OF THE LIVING DEAD is back!

Extras:
DISC ONE
DISC TWO
Criterion's NIGHT OF THE LIVING DEAD Blu-ray is the last copy of the film you will ever have to purchase. The cover art, extras, and brand new 4K remastered transfer are all top-notch - this is truly the definitive release of Romero's groundbreaking classic! NIGHT's price range varies wildly (from $18 - $30) and is available at AMAZON, BULLMOOSE, and DIABOLIK DVD! 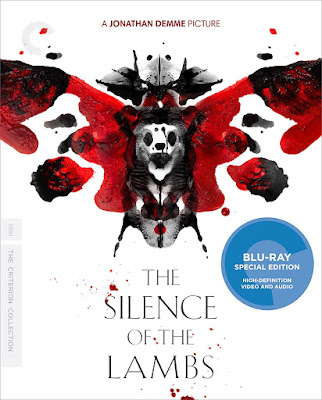 Synopsis: In this chilling adaptation of the best-selling novel by Thomas Harris, the astonishingly versatile director Jonathan Demme crafted a taut psychological thriller about an American obsession: serial murder. As Clarice Starling, an FBI trainee who enlists the help of the infamous Hannibal 'the Cannibal' Lecter (Anthony Hopkins) to gain insight into the mind of another killer, Jodie Foster subverts classic gender dynamics and gives one of the most memorable performances of her career.

As her foil, Anthony Hopkins is the archetypal antihero cultured, quick-witted, and savagely murderous delivering a harrowing portrait of humanity gone terribly wrong. A gripping police procedural and a disquieting immersion into a twisted psyche, THE SILENCE OF THE LAMBS swept the Academy Awards (best picture, director, screenplay, actress, actor) and remains a cultural touchstone.

DISC TWO
Criterion's impressive THE SILENCE OF THE LAMBS Blu-ray is now available (for $24 - $30) wherever discs are sold! You can grab a copy now at AMAZON, BULLMOOSE, or DIABOLIK DVD!