Scream Factory Offers Up a Trio of Fright Flicks Before Valentine's Day: DRAG ME TO HELL, GAMES, & NIGHT OF THE SEAGULLS! 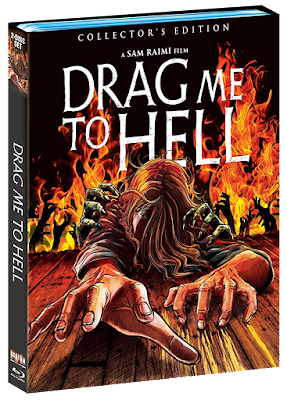 ON FEBRUARY 13TH, GET THE HORROR FAN THAT YOU LOVE SOME GREAT NEW SCREAM FACTORY BLU-RAY TITLES!

Scream Factory has a really strong release slate this year, and this week is no exception. Along with a 2-Disc Collector's Edition of Sam Riami's DRAG ME TO HELL, they're also releasing the obscure thriller GAMES, and the final entry into Amando De Ossorio's BLIND DEAD series, NIGHT OF THE SEAGULLS! Read more about these three new Scream Factory releases below!

Synopsis: Christine Brown (Alison Lohman, OFFICER DOWNE) is on her way to having it all: a devoted boyfriend (Justin Long, JEEPERS CREEPERS), a hard-earned job promotion, and a bright future. But when she has to make a tough decision that evicts an elderly woman from her house, Christine becomes the victim of an evil curse. Now she has only three days to dissuade a dark spirit from stealing her soul before she is dragged to hell for an eternity of unthinkable torment.

Director Sam Raimi (The EVIL DEAD Trilogy, DARKMAN) returns to the horror genre with a vengeance in the film that critics rave is "the most crazy, fun and terrifying horror movie in years" (Owen Gleiberman, Entertainment Weekly)!

DISC TWO
DRAG ME TO HELL: COLLECTOR'S EDITION is now available at AMAZON, BULLMOOSE, DIABOLIK DVD, and SHOUT! FACTORY. Pick up a copy today and enjoy hours of extras, plus two cuts of the film! 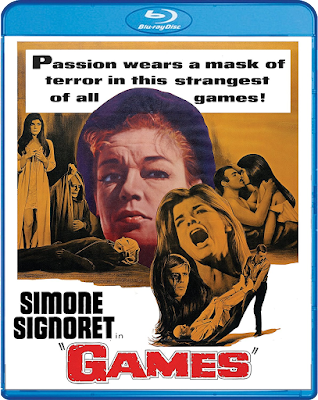 Synopsis: "The Pieces Are in Place … The Die Is Cast." James Caan (THE GODFATHER, MISERY), Katharine Ross (THE GRADUATE, THE LEGACY) and Simone Signoret (ROOM AT THE TOP, DIABOLIQUE) star in this psychological thriller from the director of WHAT'S THE MATTER WITH HELEN?

Paul (Caan) and Jennifer (Ross) are a pair of wealthy Upper East Side socialites who like to amuse themselves by playing twisted and occasionally sadistic mind games.

But when a mysterious woman (Signoret) shows up at their door and begins to exhibit uncanny psychic abilities, the rules change … and the stakes become higher – and deadlier – than ever before. 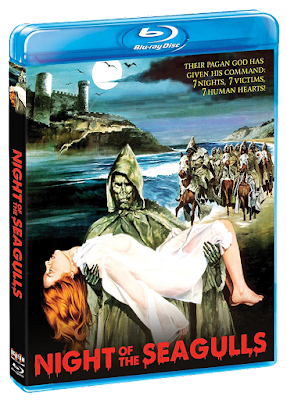 When a doctor and his wife move to a coastal village, they encounter strange and terrifying things: the town harbors an ancient evil that demands ritual sacrifice! For seven consecutive nights, the undead Knights Templar come from the sea to demand the horrific deaths of the town's young women.

Dr. Stein and his wife try to save one of the young women from her horrible fate. The final tale of the BLIND DEAD series (which also includes TOMBS OF THE BLIND DEAD, RETURN OF THE EVIL DEAD, and THE GHOST GALLEON) comes to a haunting end.

Extras:
NIGHT OF THE SEAGULLS is currently out on Blu-ray (though one has to wonder if the other films, which have long been distributed by Blue Underground, are coming next) and can be purchased at AMAZON, BULLMOOSE, DIABOLIK DVD, or directly from SHOUT! FACTORY.