A Trio of Dark Force Entertainment Titles Come to Blu-ray Disc on May 26th! 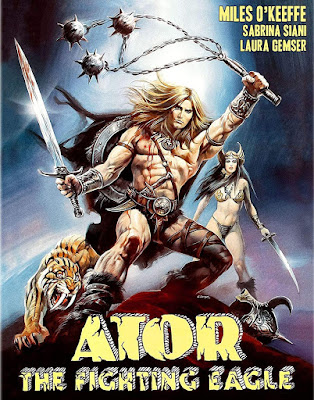 In a surprising plot-twist, numerous Dark Force Entertainment titles are now being distributed through MVD! The first batch of these "Collector's Edition" titles includes ATOR: THE FIGHTING EAGLE, BREEDERS, and a Drive-In Double Feature of THE GATES OF HELL and PSYCHO FROM TEXAS! As far as I can tell, all three releases are pretty light on extras, but do come with collectible slipcovers! Let's take a closer look at these new Dark Force titles Vault Dwellers!

Synopsis: The son of Torren learns of his heritage, goes to avenge the deaths of his fellow villagers, and rescue his sister/love interest from the evil Dakkar and his spider cult. Ator battles giant spiders, swordsmen cloaked in shadow, re-animated dead warriors, and horribly hideous witches! ATOR: THE FIGHTING EAGLE was directed by Joe D'Amato and stars Miles O'Keeffe, Sabrina Siani, Dakar, Laura Gemser, and Edmund Purdom, with a soundtrack by Carlo Maria Cordio (SHOCKING DARK).

Extras:
Dark Force Entertainment's ATOR: THE FIGHTING EAGLE Blu-ray is disappointingly devoid of any Ator-related extras, so it's a hard sell for me to spend between $22 - $35 for this disc. But if you're a big fan of classic 80s sword & sorcery flicks, then by all means pick up a copy from AMAZON, BULL MOOSE, DIABOLIK DVD, or directly from MVD! 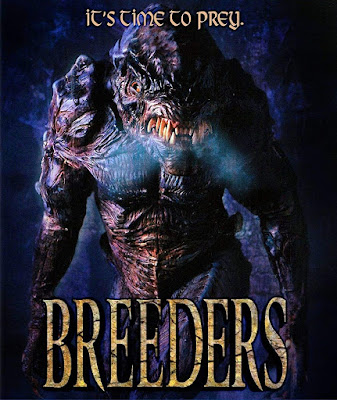 Synopsis: It's an invasion of the most personal and terrifying kind. When a meteorite crash lands onto a Boston college campus and an alien beast is released, only one man understands its mission to mate. From the depths of an all girls college, the grotesque monster stalks his prey in a cat-and-mouse chase until the final conflict where only one species can survive! 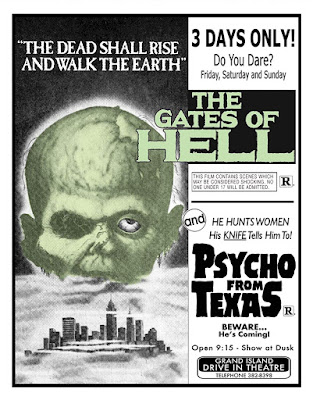 Synopses: In Lucio Fulci's THE GATES OF HELL (aka CITY OF THE LIVING DEAD), a reporter and a psychic race to close said Gates of Hell after the suicide of a clergyman caused them to open, allowing the dead to rise from their graves.

PSYCHO FROM TEXAS follows a drifter/hitman that is hired by a local businessman to kidnap an oil baron. The hitman had been reared in squalor, suffering the abuses of his whoring mama. When the baron escapes his assistant must chase him while the hitman takes care of a few loose ends.

Extras:
While Blue Underground already has a solid Blu-ray release (and likely a future 4K Ultra HD Blu-ray in the works) for THE GATES OF HELL, to my knowledge this is the first time PSYCHO FROM TEXAS is appearing on the Blu-ray format! This double-feature from Dark Force will also be released on May 29th, and should cost between $24 - $40! Order a copy right now from AMAZON, BULL MOOSE, DIABOLIK DVD, or directly from MVD!