THE FLY COLLECTION Arrives on Blu-ray this December! 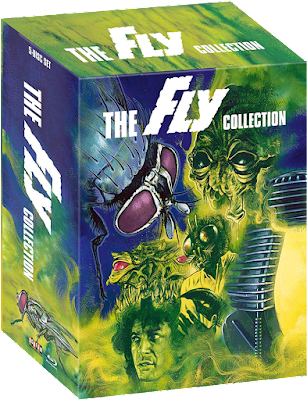 SCREAM FACTORY BRINGS ALL FIVE OF "THE FLY" FILMS TOGETHER IN ONE SET, WITH LOTS OF NEW EXTRAS!

I figured I wouldn't have to upgrade my collection of THE FLY films after picking up the Australian Blu-ray release a few years back. I was so, so wrong. Scream Factory's upcoming set seems to have the same transfers (no mention has been made in press materials of any new restoration work), but there are plenty of new special features, including audio commentaries, cast & crew interviews, and gorgeous new packaging! Needless to say... yeah... I'm definitely upgrading again! (CURSE YOU SCREAM FACTORRRRYYYY!) Continue onward Vault Dwellers to see what all the buzz is about! 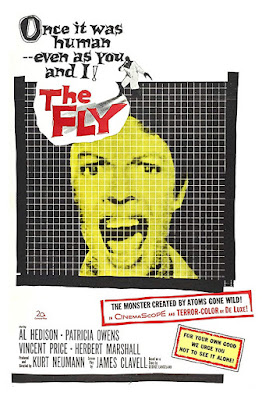 Synopsis: When scientist Andre Delambre (Al Hedison) tests his matter transporter on himself, an errant housefly makes its way into the transportation chamber, and things go horribly wrong. As a result, Delambre's head and arm are now that of the insect.

Slowly losing himself to the fly, Delambre turns to his wife, Helene (Patricia Owens), for help. But when tragedy strikes, Delambre's brother (Vincent Price) and Inspector Charas (Herbert Marshall) are forced to pick up the investigation. Synopsis: Philippe Delambre (Brett Halsey) has been wrestling with his family legacy for years, knowing that his father perished as a result of his experiments in teleportation. Though warned by his uncle Francois (Vincent Price), Philippe insists on refurbishing his father's laboratory and continuing his investigations. The idea would be bad enough on its own, but Philippe hires an assistant who calls himself Alan Hinds (David Frankham) but is actually a wanted criminal. 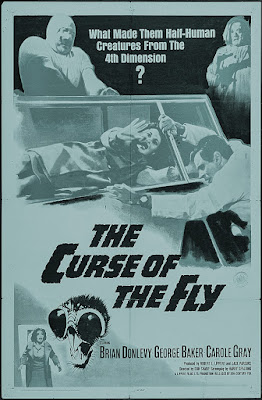 Synopsis: Scantily clad Patricia Stanley (Carole Gray) breaks out of a mental hospital and is picked up by passing motorist Martin Delambre (George Baker). The two do not reveal much about themselves to each other, but nevertheless decide to get married. At the Delambre family mansion, Patricia meets Martin's father, Henri (Brian Donlevy), an eccentric scientist. Snooping about the grounds, she discovers evidence of the family's strange experiments in teleportation and the grisly results thereof. 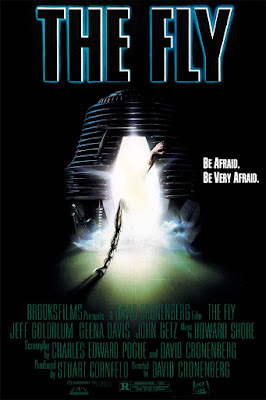 Synopsis: When scientist Seth Brundle (Jeff Goldblum) completes his teleportation device, he decides to test its abilities on himself. Unbeknownst to him, a housefly slips in during the process, leading to a merger of man and insect. Initially, Brundle appears to have undergone a successful teleportation, but the fly's cells begin to take over his body. As he becomes increasingly fly-like, Brundle's girlfriend (Geena Davis) is horrified as the person she once loved deteriorates into a monster. 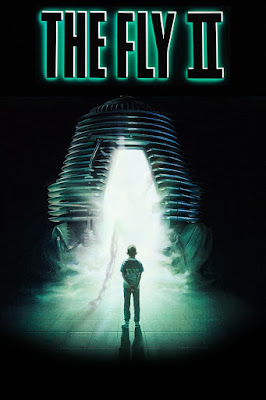 Synopsis: Anton Bartok (Lee Richardson), the CEO of a research laboratory, acts as the self-appointed guardian of orphan Martin Brundle, whose father had been a researcher at the lab. Though Martin is scarcely five, he has the appearance of a 20-year-old (Eric Stoltz) because of mutant insectoid genes in his system. Martin grows up confined to the laboratory, unaware of his true nature, with only pretty scientist Beth Logan (Daphne Zuniga) to call a friend. Soon, the fly within begins to emerge.


If you already own most (or all) of THE FLY films on Blu-ray, there may not be much reason for you to upgrade to this set. The previous discs released by 20th Century Fox all have great transfers, and enough extras to sate most collectors. However, if you dig the new artwork, and are all about having more extras, then pick up Scream Factory's THE FLY COLLECTION when it arrives in stores on Tuesday, December 10th! It should cost you between $60 - $64, and would definitely make a great holiday gift for that very special Sci-Fi/Horror fan that you adore! (Besides me!) Order a copy today from AMAZON, BULL MOOSE, DIABOLIK DVD, or directly from SHOUT! FACTORY, which will get you an exclusive rolled lithograph featuring the set's new artwork!

Posted by The Vault Master at 1:41 AM