On November 19th, Larisa Oleynik and Don Frye Battle a Hairy Horror in ANIMAL AMONG US! 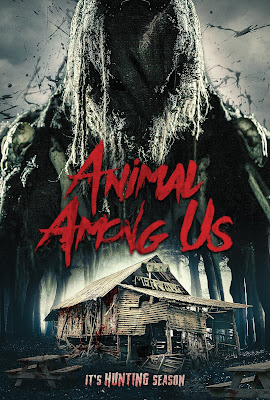 Bigfoot movies and documentaries have seen a huge resurgence in recent years: Charles B. Pierce's classic LEGEND OF BOGGY CREEK recently received a 4K restoration, Fred Olen Ray just released a Boggy Creek series on Amazon Prime Video, and there have been numerous indie films about killer ape-like creatures in the woods. (e.g. MOMO: THE MISSOURI MONSTER, BIG LEGEND, PRIMAL RAGE, THE MAN WHO KILLED HITLER AND THEN THE BIGFOOT, BIGFOOT VS. ZOMBIES).

And now we can add ANIMAL AMONG US to the list... or can we? Honestly, I don't quite know for sure. Whatever the creature in this film is, it's big, furry, and fast - it could be a Sasquatch-like beast, or a werewolf, or a secret military weapon gone rogue! I guess the only way to find out for sure is to watch it on DVD or Video on Demand on November 19th!

Synopsis: This November, Christian Oliver (Sense8, HOUSE OF GOOD AND EVIL) and Larisa Oleynik (Mad Men, 10 THINGS I HATE ABOUT YOU) come face to face with hirsute terror in John Woodruff’s highly-anticipated horror throwback, ANIMAL AMONG US!

Fifteen years ago, two teenage girls were murdered at Merrymaker Campgrounds. The case was filed as an animal attack, the camp was condemned, and the killer never found. But something horrific still waits in those woods, ready to kill again. 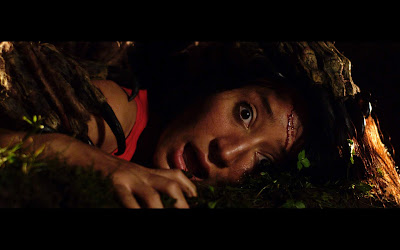 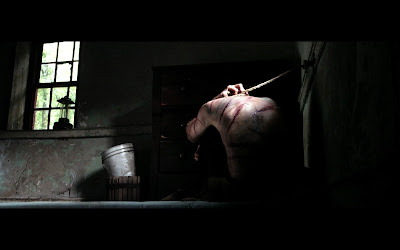 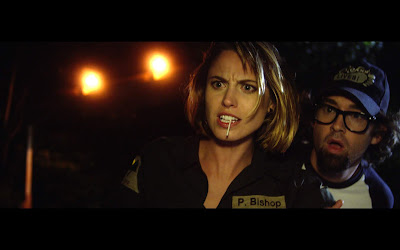 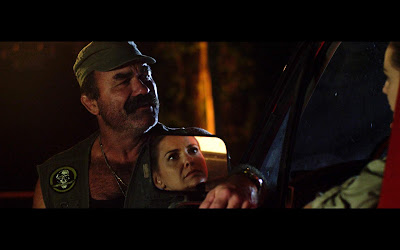 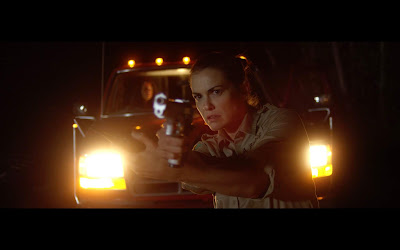 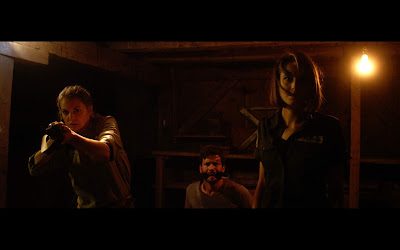 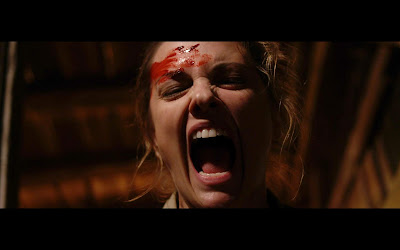 Posted by The Vault Master at 2:36 AM