DOCUMENTING THE WITCH PATH is Now Available to Watch on Various Streaming Services! 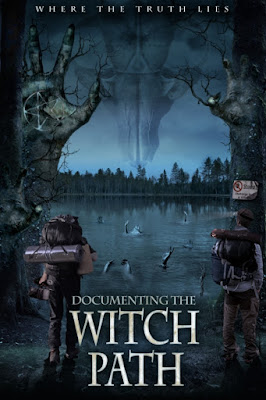 A TRIO OF YOUNG DOCUMENTARY FILMMAKERS FIND OUT WHY NO ONE GOES DOWN THE "WITCH PATH" IN THIS SWEDISH FOUND FOOTAGE FLICK!

As I stated not too long ago when I was posting about SCOOTER, I'm not a found footage enthusiast, though I've experienced enough good examples of the sub-genre over the years to not fully write it off. It takes planning and precision and the right hook to keep your audience interested! DOCUMENTING THE WITCH PATH pulls this off by injecting some dark history into the mix, and has its three leads seeking out a secluded lake where innocent people, accused of witchcraft back in the 1600s were drowned for their imaginary crimes!

While a future DVD release of this film is likely, DOCUMENTING THE WITCH PATH is currently only available to watch online via AMAZON PRIME VIDEO, GOOGLE PLAY, TUBI TV, and YOUTUBE!

Synopsis: Inspired by actual events, this film follows three young documentary filmmakers, (Nathaniel P. Erlandsson, Robin Franzen and writer/director Carl Sundstrom). Together, they discover a path in the woods, which leads to a lake known as Witch Lake. Accused of witchcraft during the 17th century, many innocent men, women and children were drowned in this now infamous lake. With the entrance to the path covered and the lake closed to the public, the filmmakers venture into the woods in search of a horrifying truth.

Written and directed by Sundstrom and produced by Simon Tuomisto, the film has won a number of awards, including Best Documentary Feature at both the Bloody Horror International Film Festival and the Independent Horror Movie Awards. 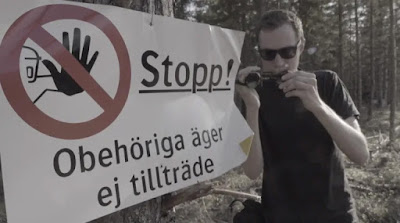 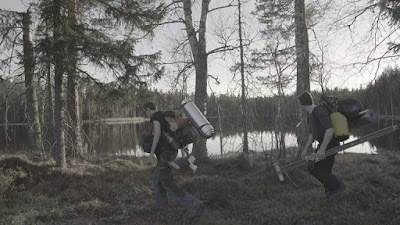 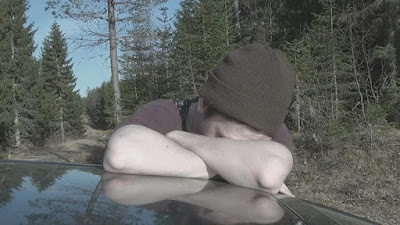 Posted by The Vault Master at 8:25 PM