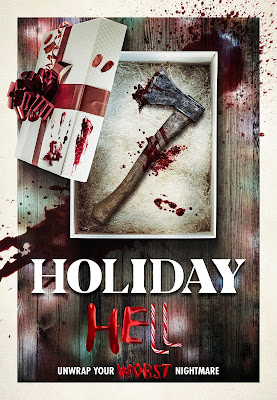 THIS NEW INDIE HORROR ANTHOLOGY FROM UNCORK'D ENTERTAINMENT PROVES THAT THE HOLIDAYS CAN TRULY BE HELL!

Holiday-themed horror anthologies seem to have grown in popularity in recent years: We've gotten Michael Dougherty's TRICK R' TREAT, 10/31, HOLIDAYS, TALES OF HALLOWEEN, and A CHRISTMAS HORROR STORY. And now we can add HOLIDAY HELL to that ever-growing list!

I've always been a big fan of Horror anthologies - the better ones give you at least two or three really good segments, and make you feel like you're getting more bang for your buck! So naturally I'm totally down for watching HOLIDAY HELL, which is currently making appearances at select theaters across the U.S. (As of my posting this, it will be playing November 1st - 7th at The Grand Illusion Cinema in Seattle, Washington!) But if seeing it on the big screen isn't a priority, you can in fact watch it for FREE over at TUBI TV right this very minute! If you're on the fence about giving HOLIDAY HELL a look, check out the synopsis, stills, and trailer below to see if this holiday-themed anthology is right for you!

Synopsis: On Christmas Eve, a woman enters a curiosity shop looking for a last-minute gift. There, she meets a mysterious shopkeeper who tells her the horrific stories behind four objects in the shop. As he weaves tales of killer dolls, witches, and psycho Santas, the woman senses she might be in danger. She has until midnight to choose her gift, but will she choose wisely? 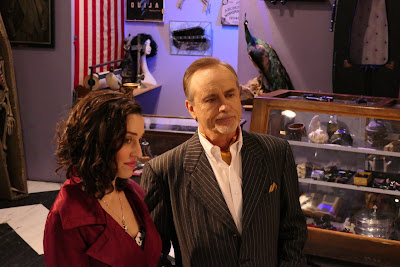 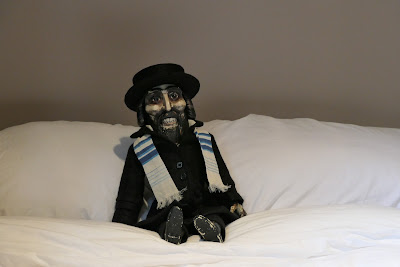 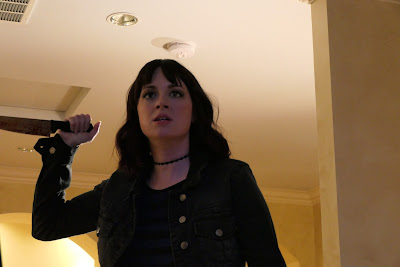 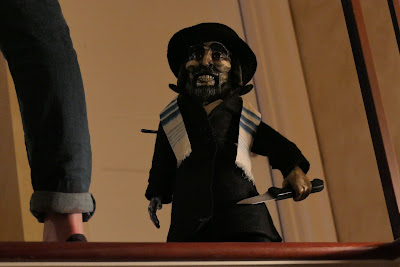 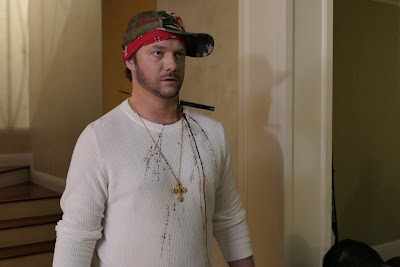 Once again, HOLIDAY HELL is playing theatrically in select theaters throughout November, and is available to watch on TUBI for absolutely free! However, if you'd prefer to own a copy, you can get the digital and DVD release of HOLIDAY HELL on November 5th!

Posted by The Vault Master at 3:13 AM