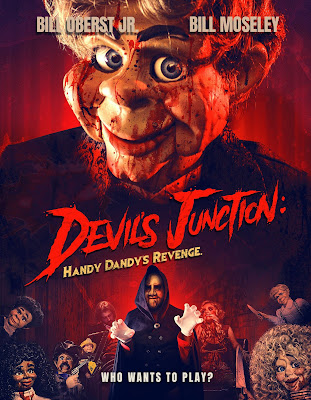 Most movies that feature an evil ventriloquist dummy usually only have one puppet (e.g. MAGIC, MAKING CONTACT, TRILOQUIST). DEVIL'S JUNCTION: HANDY DANDY'S REVENGE, which was directed by Jeff Broadstreet (who also created the infamous NIGHT OF THE LIVING DEAD 3D) apparently has a whole mess of 'em! This upcoming indie Horror film is being distributed by Midnight Releasing, and will get a two-night theatrical premiere in Los Angeles on October 18th and 19th, before finally coming to DVD & VOD on November 8th!

Synopsis: Returning to the abandoned Detroit television station where they once delighted a generation of children viewers, master puppeteer Mister Jolly (Bill Oberst Jr.) re-incarnates his puppet minions for a final performance, to settle an old score with Richard Crane (Bill Moseley). The rare blood moon casts an ominous glow as Mr Jolly unleashes his puppets, lead by the infamous Handy Dandy to seek his revenge!

Further complicating Richard’s dilemma is the unexpected arrival to the Studio of his son Steffen (Jake Red) and his friends. The group become entangled in the thrilling pursuit by Mr Jolly and Handy Dandy throughout the old studio building. They soon realize that they are in a new version of “Mister Jolly and the Handy Dandy Show” - where pain is the game! 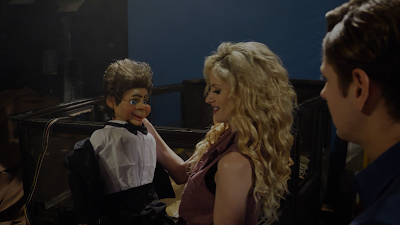 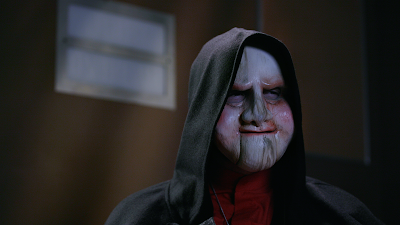 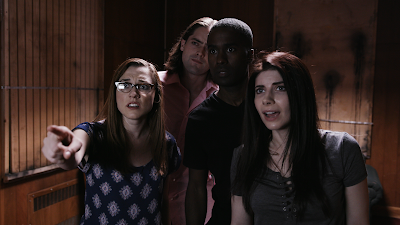 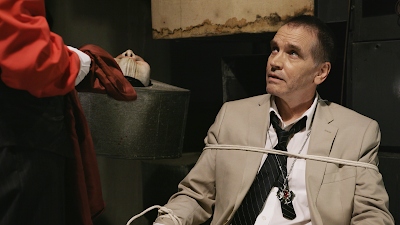 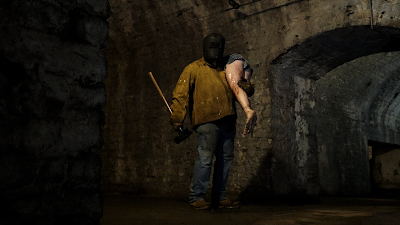 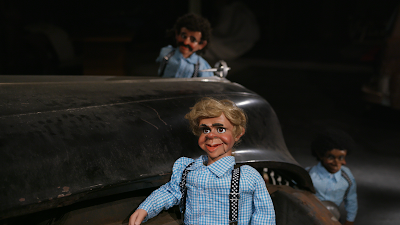 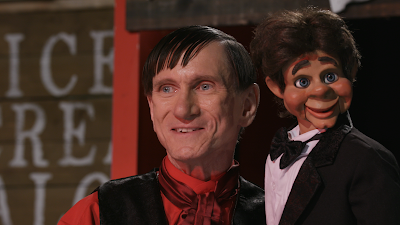 DEVIL'S JUNCTION: HANDY DANDY'S REVENGE is playing in Los Angeles next weekend (Oct. 18th & 19th) in select theaters. The film is then set for a DVD & VOD release on November 8th - you can pre-order it now (for between $12 - $14) from AMAZON or BULL MOOSE!

Posted by The Vault Master at 1:32 AM