Rob Zombie's 3 FROM HELL is Coming to All Physical Media Formats on October 15th! 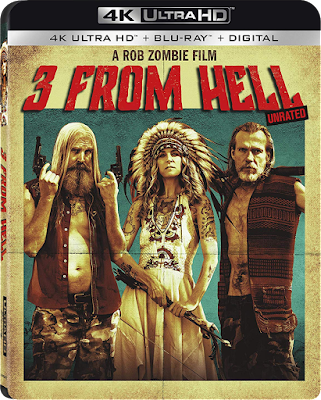 Hate me if you must Vault Dwellers, but I am not a Rob Zombie fan. While I did actually like THE DEVIL'S REJECTS, I was not impressed with HOUSE OF 1,000 CORPSES, or Zombie's HALLOWEEN films. Still the man must be doing something right because he's continued making films and has a pretty rabid cult following! So if you happen to enjoy the cinematic works of Rob Zombie, then you'll definitely want to add 3 FROM HELL to your collection when it arrives on all formats next Tuesday!

Synopsis: After being imprisoned for 10 years, the "Devil's Rejects" are back at it again. Otis (Bill Moseley) escapes prison and teams with his half-brother Winslow (Richard Brake), and devises a plan to get his sister Baby (Sheri Moon Zombie) out too. Once freed, the 3 FROM HELL flee South, leaving a trail of bodies in their wake. Laying low in a small hotel across the Mexican border, they are soon targeted by a bloodthirsty gang led by the son of one of their victims - All Hell is about to break loose! 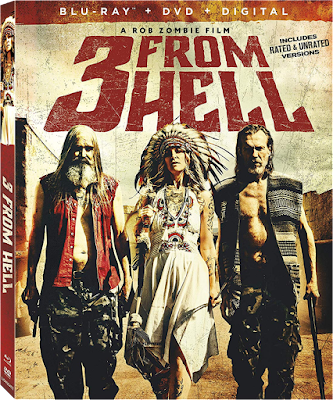