On October 15th, Own the Entirety of THE OMEN Saga in One Deluxe Blu-ray Collection! 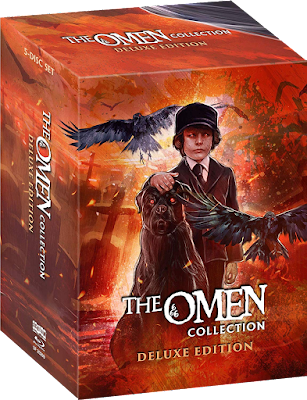 THANKS TO SCREAM FACTORY, FOR THE FIRST TIME EVER, ALL FIVE OF "THE OMEN" FILMS WILL BE RELEASED TOGETHER IN A BEAUTIFUL BOXED SET!

Vault Dwellers.... I am SUPER EXCITED FOR THIS UPCOMING BOXED SET! The original THE OMEN is a Horror classic and still fantastic all these years later, and it's first sequel is arguably even better! (At the very least DAMIEN: OMEN II should be classified as one of the best sequels ever made!) Those two movies alone make this set worthwhile for yours truly - the other three flicks are just icing on the cake!

It's been decades since I've seen OMEN III: THE FINAL CONFLICT (all I remember about this one is that evil Sam Neill sodomizes a woman without her permission), THE OMEN remake didn't impress me much when I saw it thirteen years ago (I don't remember a single thing about it honestly), and I've never seen OMEN IV: THE AWAKENING. But now I can marathon the entire series and get a comprehensive look at the making of each film because this set is loaded with special features!

If you're as excited as I am about THE OMEN COLLECTION, come with me on this journey of Blu-ray discovery Vault Dwellers! 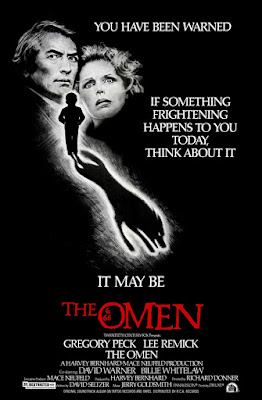 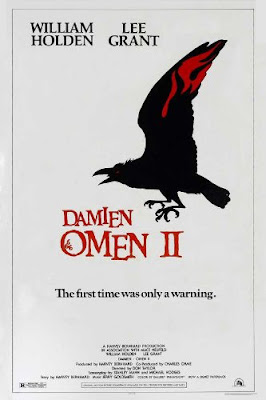 Synopsis: Richard (William Holden) and Ann Thorn (Lee Grant) have taken their 13-year-old nephew, Damien (Jonathan Scott-Taylor), into their Chicago home following the death of Richard's brother seven years earlier. The Thorns love the child, whom they are sending to military school, but not everyone is so sanguine about his presence. Soon after Great Aunt Marion (Sylvia Sidney) expresses concerns about the boy, she dies suddenly and unexpectedly. And she is certainly not the last. 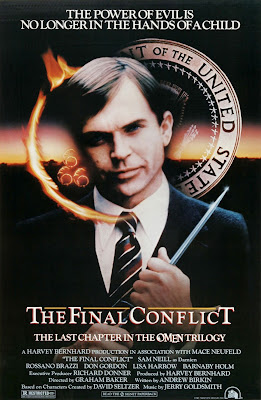 Synopsis: In this second sequel to THE OMEN, Antichrist Damien Thorn (Sam Neill) is now a successful 32-year-old businessman ready to fulfill his destiny. As Damien is appointed United States ambassador to Britain, priests led by Father DeCarlo (Rossano Brazzi) try to kill him. While Damien prepares for the return of Jesus Christ, he takes advantage of his relationship with Kate Reynolds (Lisa Harrow) to recruit her son, Peter (Barnaby Holm), as his follower. 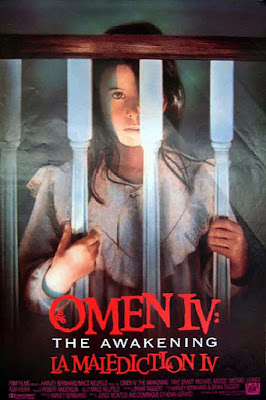 Synopsis: A Virginia congressman (Michael Woods) and his wife (Faye Grant) see signs of the devil in their adopted daughter, Delia (Asia Vieira). What they don't know is that Delia is actually the daughter of Damien Thorn, and next in line to try and bring about Hell on Earth! 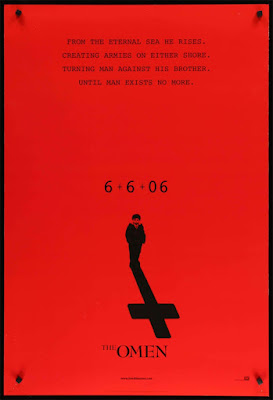 Synopsis: In this chilling remake of THE OMEN, man's darkest fears are manifested as an unspeakable terror is unleashed on the world! U.S. diplomat Robert Thorn (Liev Schreiber) substitutes an orphan for his own stillborn baby in order to spare his unknowing wife (Julia Stiles). But after a series of grotesque murders and dire warnings, the Thorns come to the horrifying realization that their child is the son of Satan!


WOWEE! Scream Factory's Deluxe Edition of THE OMEN COLLECTION is due out on Tuesday, October 15th and I cannot wait to hold it in my hands! This set should currently cost between $59 - $64 (not bad for a five movie set) and available to order at AMAZON, BULL MOOSE, DIABOLIK DVD, or directly from SHOUT! FACTORY. Secure your copy today, and you'll be able to have an OMEN-fest at home as Halloween draws near!

Posted by The Vault Master at 1:37 AM