COVERGIRL and TALKING WALLS Come to Blu-ray on October 22nd from Scorpion Releasing! 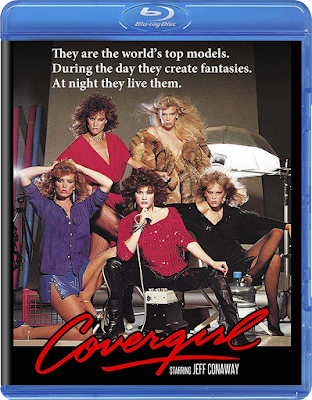 Though they are labeled as Dramas, both COVERGIRL and TALKING WALLS both definitely seem to have some elements of exploitation cinema (especially the latter film). At the very least, both films seem to have some cult appeal. COVERGIRL involves a model's rise to the top, with the help of a wealthy entrepreneur who attempts to control every aspect of her life. (Has kind of a Brigitte Bardot and Roger Vadim vibe, no?)

TALKING WALLS focuses on a college student who's master thesis is on "Intimacy and Human Relationship," and apparently the only way he can successfully obtain enough data for his paper is to secretly film peoples' more ahm.... intimate moments. Both films have been remastered in 2K and will be distributed by Kino Lorber - continue reading for more details!

Synopsis: Splashed with high-fashion glamour, romance and fantasies-come-true, COVERGIRL tells the story of one girl’s meteoric rise to superstar model – and the man who makes it all happen. COVERGIRL also depicts, the heartaches and struggles involved in the climb to success the result is a provocative insight into the world of beauty and fashion.

Behind-the-scenes of New York’s racy world of high fashion and glamour, Kit Paget (Irena Ferris - TV’s Cover Up), a New York model who is cynical of ever reaching the top, meets T. C. Sloane (Jeff Conaway - GREASE and TV's Taxi), a video and computer whiz entrepreneur, whose visions bring the magic of COVERGIRL to life. Directed by Jean-Claude Lord (THE VINDICATOR) and co-starring Kenneth Walsh (THE DAY AFTER TOMORROW).

Extras:
Scorpion Releasing's Blu-ray (and DVD) of COVERGIRL arrives on October 22nd, and should cost between $18 - $20! You can order a copy now from AMAZON, BULL MOOSE, or DIABOLIK DVD! 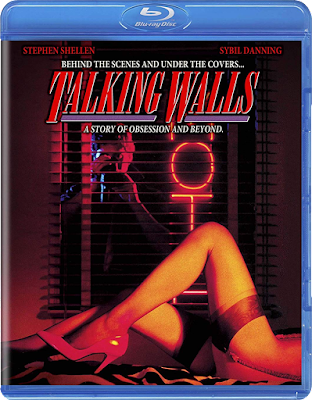 Synopsis: Like any red-blooded American male, Paul Barton (Stephen Snellen - THE STEPFATHER) lives for romance and intimacy. But in his desire to find the key to a lasting relationship, Barton carries voyeurism to the point of obsession and beyond. Armed with state-of-the-art equipment, Barton begins a very unusual college research project. Determined to find the source of true passion, he knocks a hole in the wall of his motel room and begins taping the intimate moments in the adjoining room.

But his passionate research does not stop there. Soon, the entire motel is under his watchful eye. His research yields some very interesting and steamy findings. Findings about love, his college professor, himself and Jeanne (Marie Lauryn - CREATURE), the girl of his dreams. TALKING WALLS is a high-tech, high-octane drama where temperatures rise, sparks fly and where morality is thrown out the window. Directed by Stephen Verona (THE LORDS OF FLATBUSH) with a top-notch cast that includes Sybil Dinning (CHAINED HEAT), Sally Kirkland (ANNA), Barry Primus (NIGHT GAMES), June Wilkinson (MACUMBA LOVE) and Don Calfa (THE RETURN OF THE LIVING DEAD).

Extras:
Scorpion Releasing's Blu-ray (and DVD) of TALKING WALLS arrives on October 22nd and should cost between $18- $20! Order a copy today from AMAZON, BULL MOOSE, or DIABOLIK DVD!