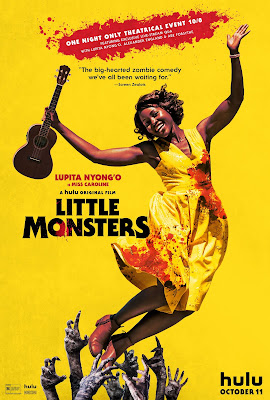 I recall seeing the first trailer for LITTLE MONSTERS a while back and thinking "this looks fun!" And then I lost track of the movie, and failed to give it a second thought.... UNTIL TODAY! Thankfully some genius PR-rep sent me an e-mail reminder so I won't miss out on this new Horror-Comedy! Unfortunately LITTLE MONSTERS is not playing theatrically in my neck of the woods on October 8th (you can check HERE to see if there's a screening near you!), so I'll just have to check it out next week on Hulu!

Synopsis: Dave (ALEXANDER ENGLAND), a washed-up musician, volunteers to chaperone his nephew’s kindergarten field trip after taking a shine to the plucky schoolteacher, Miss Caroline (LUPITA NYONG’O). Dave’s intentions are complicated by the presence of world-famous child entertainer and competitor for Miss Caroline’s affections, Teddy McGiggle (JOSH GAD). One thing none of them bargained for, however, is a sudden zombie outbreak, from which Dave and Miss Caroline must protect the children. 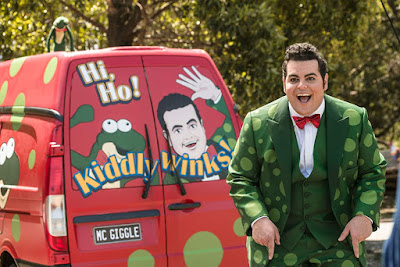 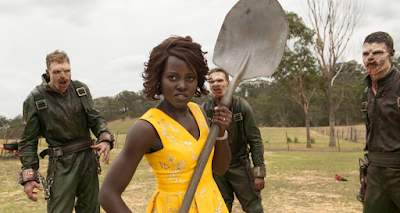 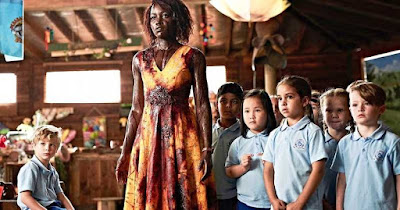 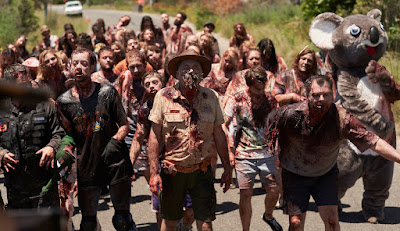 LITTLE MONSTERS will play theatrically ONE NIGHT ONLY on October 8th (again go HERE to see if it's playing near you) and then debuts on Hulu's streaming service on October 11th. There's no word yet on a physical media release, but I'd be very surprised if this movie didn't come to DVD & Blu-ray in the near future!